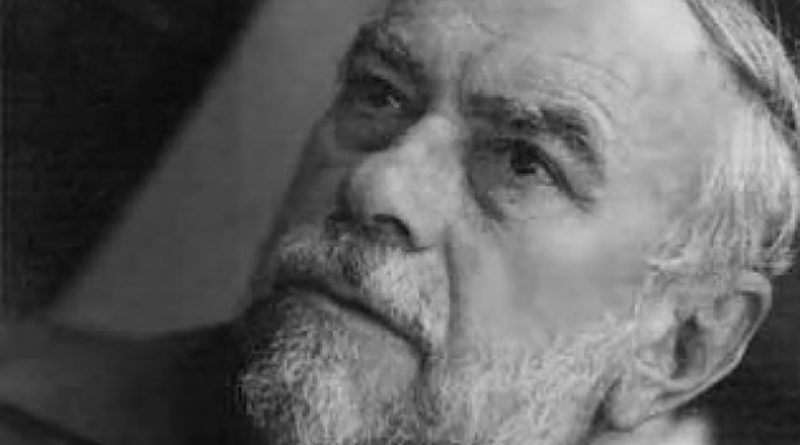 BOGOMIL GJUZEL, poet, prose writer, playwright, essayist and translator, was born in 1939 in Čačak, Serbia. He graduated from the Department of English, University of Skopje, in 1963. He was a playwright with the Dramski Theater, Skopje, participated in poetry festivals in Rotterdam (1978 & 1996), San Francisco (1980), Herleen (1991), Maastricht and Valencia (2000), Berlin (2006), Lodeve (2007) and Sarajevo (2008). He has translated W. Shakespeare, T.S. Eliot, W.H. Auden, E. Dickinson, S. Heaney and others. Gjuzel is one of the ten founders of the association of Independent Writers of Macedonia (1994) and its first chairman, and since 1995 he has been the editor-in-chief of its bi-monthly journal Naše Pismo. From 1999 to 2003 he was acting director of the Struga Poetry Evenings international festival. Twice he was awarded the “Brothers Miladinov” prize for the best Macedonian book of the year, and the Yugoslav Aleksa Santic Award.

A Stranger at Home, at Home Elsewhere
So many times I said to myself—
you should finish the work at home
you should burn everything to ashes
Then
like a cold fly I stumbled
around the city lights of the world
Tonight
when all the lights and senses are mute
The root (that yesterday crunched between the teeth)
now lures me back
to become its own sprout —
a head impaled on a stake
translated by Zoran Anchevski and James McKinley

The Caucasus is a cage for me too.
Even though I’m not chained to that
cliff
I have to peck his liver all day long
so at night, of course, I’m just buggered.
While his liver regenerates and grows
I dream of the endless space
where I used to glide freely
before the gods gave me this damned
job.

They don’t know what they want any-
more:

they say – peck him, but not too much,
don’t let him die.
Let it hurt him, yet sometimes just
tickle him
so that he blurts out his thoughts.
Yet I don’t even understand his words!
I know what’s in his entrails,
I know what he eats and drinks
but how figure out the language of his
cells?
Hmmm, they pretend to be gods, but
they understand zilch.
While I peck away, and I can’t do
much more,
mice and rats eat up even the sacrifices
still offered by the people
not to mention the summer and winter
crops.
As I say, I’m so stuffed I can’t even fly
(and I’ve grown to loathe liver, I’ve had
a gutful, enough for a lifetime!).
The poor guys, they must think
Prometheus is only the liver.

An Island on Land
“… the Republic of Macedonia is a landlocked
country…”
Who says we haven’t got a sea?
We don’t have it now, it doesn’t wash our borders
but once it was in our backyard
then it dried up, what was left was confiscated
together with our house, and us, refugees left
homeless.
How can we make do without a sea?
Banished upwards, to the north, we remain
(until we cool off)

still in harmony with it (that umbilical cord!) be-
yond 300 mountains

So what if (as in bygone times) it was (is)
called white, black, blue
it is always the same yet different – morning,
noon, night.

Good that it’s here, though locked in caves and
underground rivers
the high tide thunders in our dreams, the ebb
tide runs us aground into reality
Drought is its salt, its blueness – vast, open
sea, horizonless –
is a glacier stuck between cliffs that takes
shape from longing
for the primaeval ocean – with internalised
traces, excessive in their power,
of its breathing in the pulse of our veins.
Finally – and why not? – our salty blood is
punishment for the ancestral sin. Because you
once drank brotherly blood
that is why to this day you cannot drink the sea.

The vividness of Gjuzel’s imagery, the elegance of his lines and the nobility of his poetic voice are undiminished. What makes the later poems especially moving is the sense of hopelessness; the increasing despair at evernew injustices and sufferings for which there’s no easy answer.

The poems of Bogomil Gjuzel are inspired by the symbols of his country’s history and by those in popular Balkan legends. While the titles might suggest epics, instead we find lyric poetry of commitment. He uses personae and circumstances of the past as primary frames for his sensibility that operates freely and passionately. In a language both vivid and controlled he turns ancient spaces into arenas for some of the more central preoccupations of our time. Forms and elements of the archaic imagination emerge gracefully into new expression; ancient incantation enters the metre of contemporary free verse without hampering it, rather, making it deeper and more intricate. In these poems Bogomil Gjuzel successfully engages in the difficult task of returning lost universality to native symbols.
Vasko Popa

The smallest library in the world 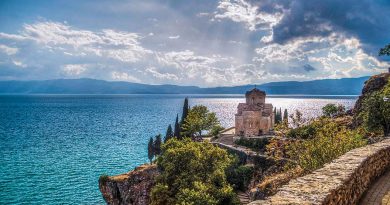 DMWC 10th anniversary in the field of cultural diplomacy