The donkey is one of the most important animals in Macedonian culture. It was the predominant “four-legged” friend in the past, being the central carrier in the traditional life of the people, an animal every family bred and serving as a mold for folklore and oral wisdom. With the fast urbanization of the last decades, migration to cities and change in the rural way of living, the donkey has lost its importance in rural economies. However, it is still more lively and kicking than many other members of the animal kingdom who are nearly forgotten or at the age of extinction but which are over-represented in the symbolism of the country, as part of coats of arms, crests, money or as a part of the monuments and sculptures, like the horses, fish, wild cats etc.

The donkey or ass, Equus africanus asinus, is a domesticated member of the horse family. Asses and donkeys have worked together with humans for millennia. The archeological findings say donkeys have been used as working animals for at least 5000 years. Egypt and Mesopotamia are believed to be the first countries from where the donkey spread all over the world. Working donkeys are often associated with the underdeveloped countries, where they are used principally as draught or pack animals. After human labour, the donkey is the cheapest form of agricultural power. North Macedonia, before the industrial revolution and fast urbanization witnessed after World War II, was predominantly a rural and agricultural country. A witty joke says it is rare for someone to have an urban family tree older than three generations. In the rural, peasant past of North Macedonia donkeys were a necessary part of each family. They were the main transportation animals, they were ridden, used for threshing, raising water, milling and other work. So it is no wonder they are so present in the national folklore and tradition. 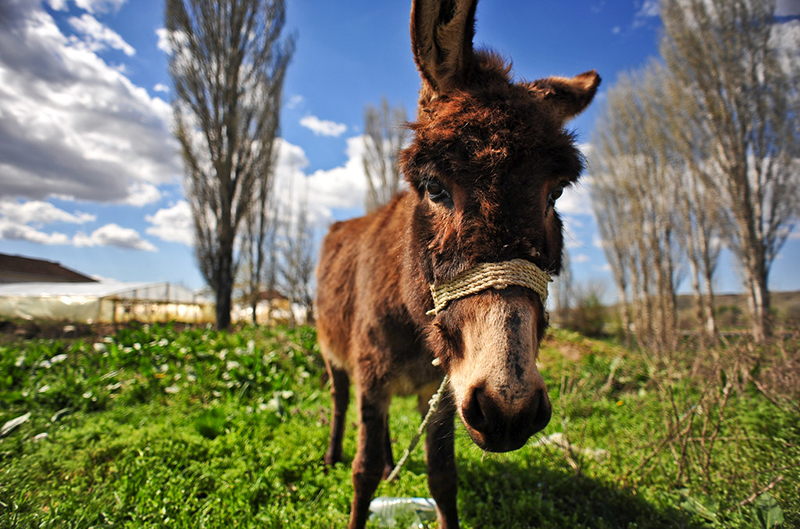 As Macedonian folklore plays an important role in defining the identity of the Macedonian people, our folklore abounds with stories, proverbs, and riddles that define everyday life, and the donkey is one of the key animals. As for the folklore in general, the Macedonian people use it to preserve experienced wisdom, to survive difficult economic conditions, to joke on their own account, to express thoughts about life, or to taunt someone or something indirectly, identifying him or it with a domestic or wild animal. The donkey is mostly referred to when the people are talking about stupidity and obstinacy, but also when they speak of hard work and perseverance. It is symbolically connected to the lower class.

The negative characteristics of portraying donkeys are traditionally attributed to the Ancient Greek and Roman world, with authors like Aesop or Apuleius who generally wrote about the donkeys as stupid and stubborn, or servile at best. They were often contrasted with horses, which were seen as powerful and beautiful. Horses were represented only in the divine context of war, ridden by cavalry or pulling chariots. These works had a large influence on the portrayal of donkeys in later cultures, including Medieval and Renaissance Europe.

Back to Macedonian folklore, leaning on the side of negative portrayal, one of the most famous proverbs, which literally translated means “do not die ass to green grass,” refers to when you are in a situation in which you keep pushing towards a goal, even when the chances for success are not clear or certain.

Another proverb referring to the donkey as a naïve creature says: “If you’re a donkey everyone will ride you.”

Also when someone is making ​​fun of somebody else’s features and defects, if they possess the same, we use the proverb “Donkey laughs at the Rabbit for his big ears.” But in real life, donkeys have large ears which may pick up more distant sounds, and may help cool the donkey’s blood.

Scientists would agree that donkeys have a notorious reputation for stubbornness, but this has been attributed to a much stronger sense of “self preservation” than exhibited by horses. Likely based on a stronger prey instinct and a weaker connection with man, it is considerably more difficult to force or frighten a donkey into doing something it perceives to be dangerous for whatever reason. Once a person has earned their confidence, donkeys can be willing and companionable partners and very dependable in work. Donkeys appear to be quite intelligent, cautious, friendly, playful, and eager to learn.

When portrayed as work animals, the image of the donkey changes. Scholars say it happened in the work of Cervantes, who shows a more positive slant on the donkey, portraying them as steady and loyal companions. This difference is possibly due to donkeys being an important aspect of many Spaniards’ lives during Cervantes’ time. The hardworking aspect can be seen from the proverb: “I invited the donkey to the wedding but told him to take its saddle.” Or the comparison, “You are loaded like a donkey” which refers to a person who can handle a large work load.

Donkeys (or asses) are mentioned many times in the Bible. According to Old Testament prophesy, the Messiah is said to arrive on a donkey. According to the New Testament, this prophesy was fulfilled when Jesus entered Jerusalem riding on the animal. These references from the Bible also influenced the positive attributes of the donkey. 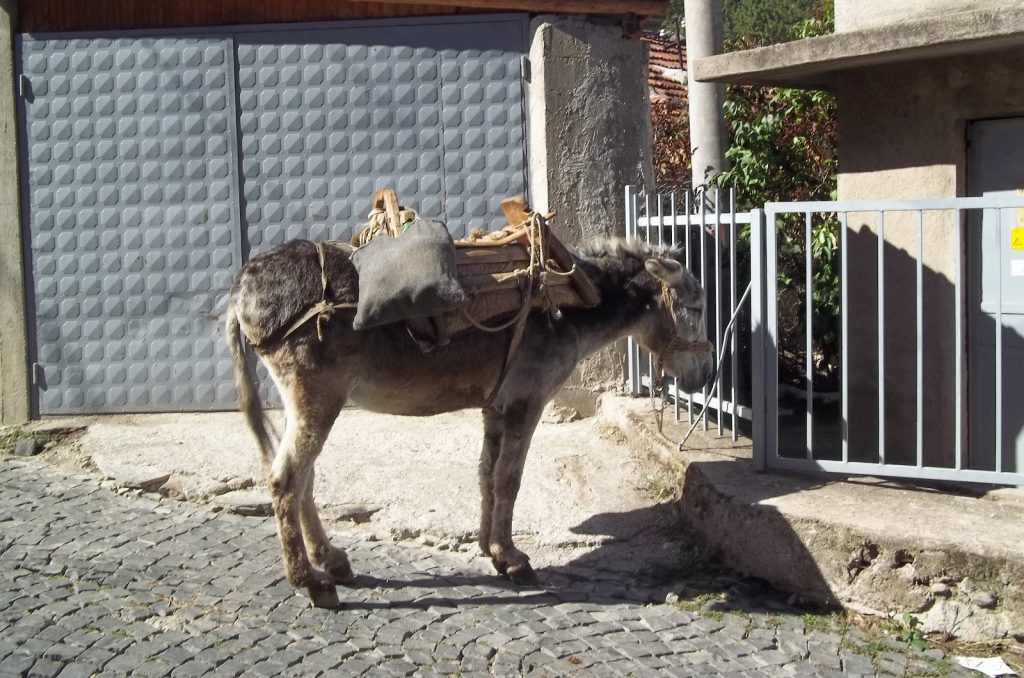 What is not widely known is that donkeys are adapted to marginal desert lands. In these dry areas donkeys are solitary and do not form harems. Each adult donkey establishes a home range; breeding over a large area may be dominated by one jack. The loud call or bray of the donkey, which typically lasts for twenty seconds and can be heard for over three kilometres, may help keep it in contact with other donkeys over the wide spaces of the desert.

The Donkey is the steady companion of the most popular character in the Macedonian folklore, Itar Pejo (Witty Pejo). The donkey called Marko is very important for the messages the stories carries. The obstinacy of the donkey is notorious, but also very often a real wisdom is hidden behind the seemingly dull behavior. One such story paradoxically points to the persistence in life. It is about an old donkey that has fallen in the well. Its owner decided to throw sand in the well to bury it alive as it was not worth saving. The donkey first yelled but after a while it climbed up, to everyone’s surprise using each shovel of sand that hit his back.

Saddle making is one of the most famous traditional crafts in North Macedonia. It is of course connected with the use of the donkey in the old times. It is still alive in some areas, while in some, as in the Skopje Old Bazaar, it is part of the old crafts revival program aimed at boosting cultural tourism in the country. It uses hand-made tools and spans over two seasons. During the winter the wooden parts are furnished, while the sewing of the leather and the assembling of the saddle is done during the summer.

There are more than 40 million donkeys in the world, so it is far from extinction. The life expectancy is 12 to 15 years in the poorest countries while in more prosperous countries, where they are kept as pets, they may have a lifespan of 30 to 50 years. 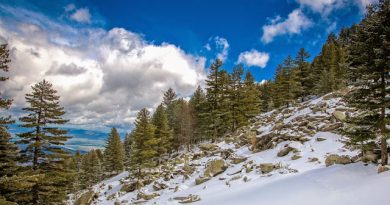 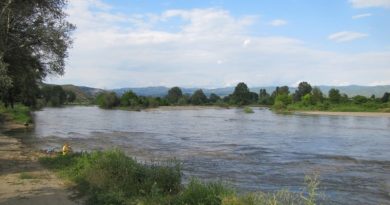 The Vast and Wide River