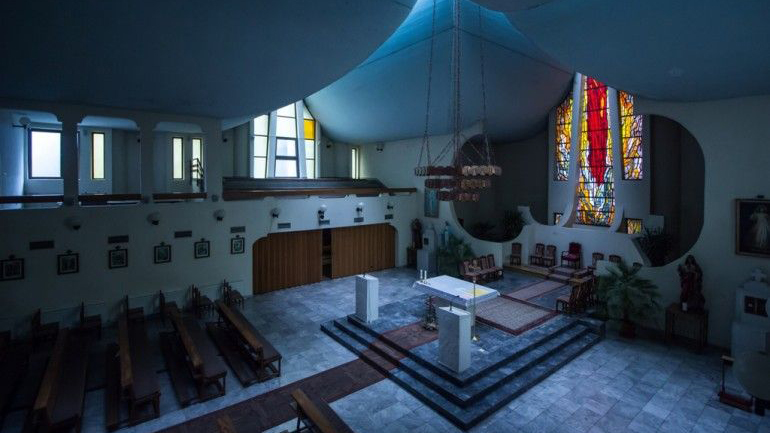 Although a small religious minority, the Catholics are playing a visible role in Macedonian society. Moreover, regardless of the historical conditions which were never in favour of Catholicism, the Catholic Church has been present in Macedonia throughout the centuries. Roman Catholic believers in the country mostly include Albanians, ethnic Macedonians and Croats, but also Slovenes, Poles and Hungarians. They are mostly concentrated in Skopje. Mother Theresa, born as Anjezë Gonxhe Bojaxhiu, came from a local Roman Catholic family. There is a strong concentration of Uniat (Eastern Rites) Catholics in Eastern Macedonia. The total number of Catholics is estimated from 12 to 20 thousands.

The Vatican established diplomatic relations with the Republic of Macedonia after it was recognized as an independent state and entered the United Nations in 1993. Two years earlier, in 1991, the Catholic Church was officially registered in Macedonia.In 2000 Pope John Paul II divided Skopje from the Apostolic Administration of Prizren and today its jurisdiction extends throughout the territory of Macedonia. One year later he signed a decree to establish an Apostolic Exarch for Catholics of the Eastern Rite in Macedonia. First Exarch appointed was Monsignor Joakim Herbut, bishop of the  Roman Catholic Diocese of Skopje. Today the seat of the exarchate is the city of Strumica, and the Assumption Church in this city holds the title of Cathedral. Since Monsignor Herbut passed away,both Catholic institutions in Macedonia have been under the leadership of one person, Kiro Stojanov, who is atthe same time Bishop of Skopje Diocese, perhaps this isthe only such case in the world. The difference between Uniats and Orthodox Christians is only in terms of administrative subordination to different centres and not in terms of religious rituals. 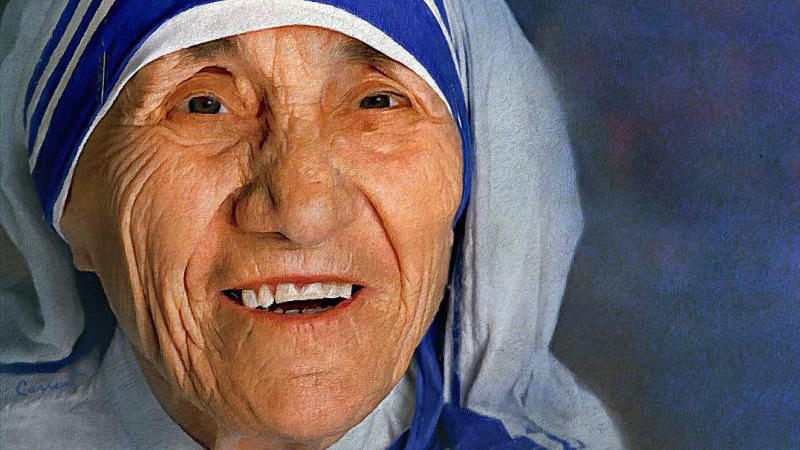 In terms of education, the Catholics today have a seminary in Skopje, where boys with vocation can be educated for only two years. After that, they have to continue for two more years in a seminary in Subotica, Serbia. They usually go for theological studies to Fulda, Germany, or to Rome. The Catholic Church’s charitable institutions “Caritas” and “Catholic Relief Services” have launched inter-ethnic and inter-confessional projects involving nonCatholics like Roma and Albanians, who are mostly Muslim.

Historically, since the Macedonian land was under Byzantine rule, the majority of the population belongs to the Orthodox Church. However, there is a long tradition of relations between Macedonian population and Catholicism. Already in the tenth century, Samuil, who established his Kingdom in 972, wanted the blessing of the Holy See in Romeas the founder of a new dynasty. This is also seen in the correspondence between the Bulgarian Tsar Kaloyan and Pope Inokentius III in the 13th century. This correspondence shows that the Pope had acknowledged Samuil’s title ‘Tsar’, but the exact date of the crowning ceremony is not known, although historians suppose that it took place between the years 996 and 1000.In the middle ages the Catholic Church tried to gain influence through establishing unions with the Eastern Churches. The establishment of a “union” meant that a church should acknowledge the Pope in Rome as its highest spiritual leader. In 1204 King Kaloyan, one of the kings of the Second Bulgarian Kingdom, established a union with the Pope after a successful insurrection against the Byzantine rule in 1187, which lasted until the Ottoman invasion in 1394. The Union of FerraraFlorence (1438-1439) between the Churches of Rome and Constantinople was a belated move of Christian Europe to make a coalition against the Ottomans. This union was the benchmark for the establishment of the Uniate Rite. 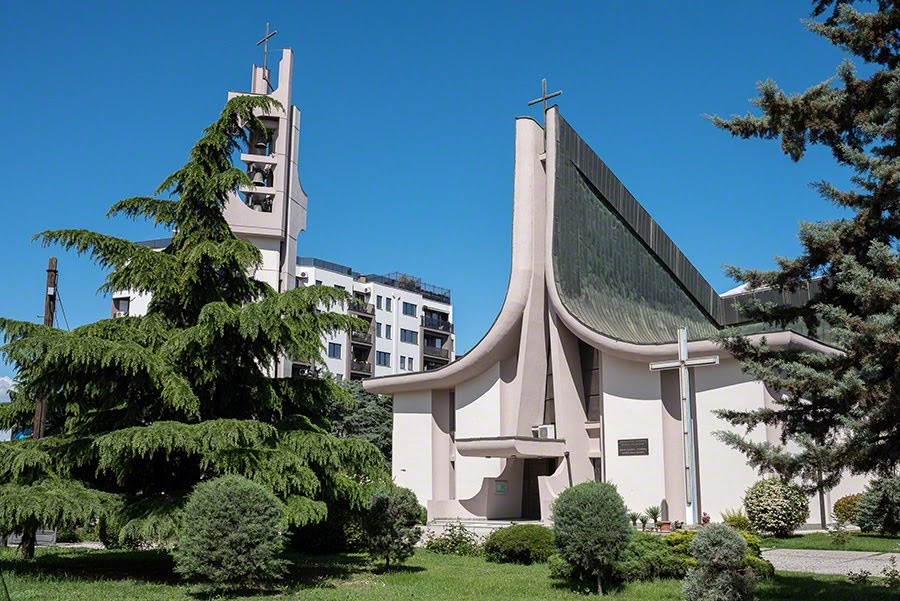 In the 17th century the status of the Orthodox Archbishopric of Ohrid under the Ottomans deteriorated and this led to two short-lived unions with Rome.Besides the attempts for unions, the Catholic Church also tried to take root in the Macedonian land through its own clergy. According to some estimates, Catholics of the Latin Rites have been present in Skopje since the 14thcentury. A Roman Catholic Archbishop was based in Skopje as spiritual father of the non-indigenous Catholics, mainly merchants from the Republic of Dubrovnik and mine-diggers from Saxony. In 1647 and 1655, two other Roman Catholic archbishoprics were opened in Ohrid and Debar respectively, but they hardly had any followers.

In the middle of the 19th century, the Roman Catholic Lazarist Order entered the Macedonian land and established its missions and a number of schools. The first school was opened in Bitola in 1855, the second one in Thessaloniki in 1858. Their work influenced the Uniat movement in Kukus (present day Kilkis in Greece). In 1859, 84 Kukus residents wrote a letter to the Pope in which they acknowledged his administrative and spiritual leadership. In return, they demanded that no changes should be introduced to their Eastern rites of worship and that they would be the ones to choose their bishops and lower  clergy, with the approval of the Pope. The letter stated that the teachers at the church schools are to be chosen by the domestic clergy and the education is to be pursued in the mother tongue. In 1891 Metropolitan TeodosijGologanov of Skopje sent a letter to the Pope demanding the reestablishment of the Ohrid Archbishopric under his guidance. He also asked for the boundaries of that bishopric to be the boundaries of Macedonia, including the Kukus Uniat Bishopric. Historians claim that the reason for the rise of the Uniat movement was the dissatisfaction with the division of the Macedonian dioceses by the Greek dominated Patriarchate and the Bulgarian Exarchate by the population that distrusted both of them. By the end of the 19th century, the Catholic Church established two Vicariates in Macedonia. The first one was that of the Uniats and was based in Kukus with Epifanij Sanov as Bishop. It included all of southern Macedonia up to Veles in the north. The other Vicariate was that of the Catholics of the Latin Rites. It included areas of Macedonia north of Veles, including Skopje and was based in Prizren in Kosovo. 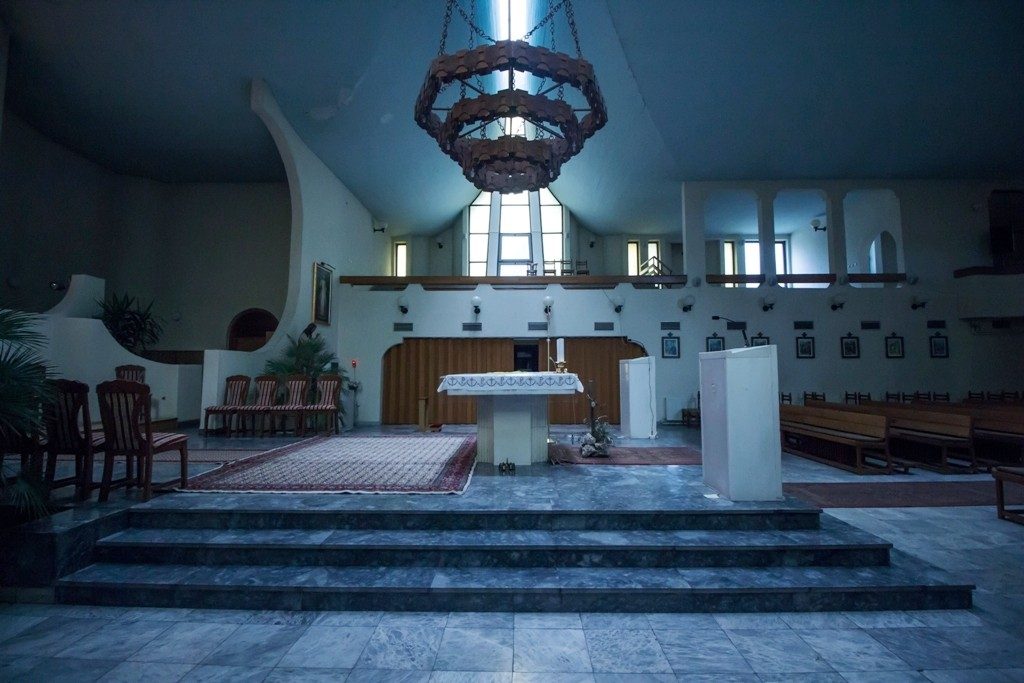 The 20th century wars affected the Catholicsnegatively. They were not welcome both in the Kingdom and in Socialist Yugoslavia. Throughout this period Macedonia Catholics were under the Archbishopric of Sarajevo or of Krizevci, Croatia.But after the 1960s Yugoslavia acquired a more liberal social model which revived religious feelings and practices. They boomed with the end of socialism and the introduction of the democratic system in 1990.

Today the Christmas and the Easter messages of Monsenior Stojanovare always broadcast in the media, while the Catholic masses are full with believers, and the state authorities and representatives of other communities honor the Catholics as part of Macedonian diverse social and religious society.