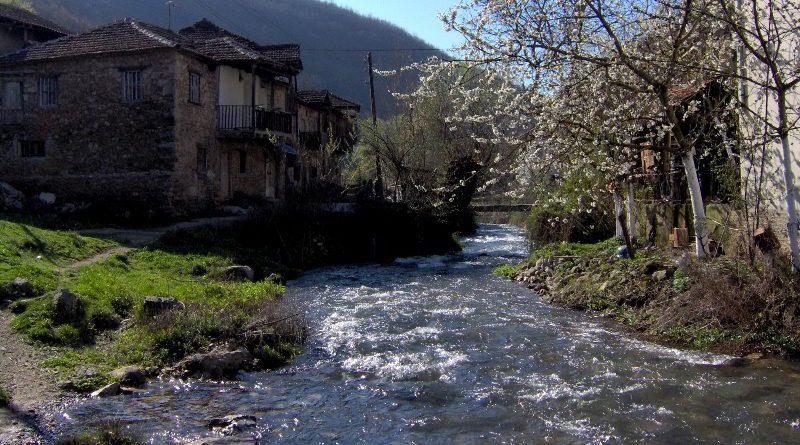 Vardar, the biggest river inMacedonia was mentionedin Homer’s Iliad as wideand gorgeous in its flow.Yet it was another river, theVardar’s biggest right tributary that hasinspired a contemporarywriter. Crna Reka(the Black River) gave its name to one ofthe most famous Macedonian plays. Thewriter and dramatist Jordan Plevneshcalled it by it ancientname:Erigon.Erigonwas one of the most successful theatre plays in the 1980s. It was staged in many European cities and won awards at many festivals. It was a favorite play of critics and theatre scholars. Plevnes was inspired by the epic endurance of the river running through past civilizations. His connection to the river is not just literary as he was born in Demir Hisar where the strong streams of the river first emerge to commence their 207-kilometer journey. So his poetic memory and inspiration are connected, intertwined, with the river, its natural powers and cultural meanings.

But it was not just due to Plevnes’s talent that the Crna Reka, the ancient Erigon, gained such an important place in contemporary drama and theatre. This exciting river has an extremely rich geography and history. Its itinerary is more diverse than that of many longer rivers. In its upper flow it is mountainous, speedy and clean river. It flows through the Demir Hisar region and then enters Pelagonia, the biggest valley of Macedonia. Its direction is north to south. Then, at the village of Brod it turns towards east and northeast. It enters the longest Macedonian canyon (104 km) at the village of Skocivir, and goes all the way through another mythical space, the Mariovo, the highest plateau in Macedonia. Here it becomes a canyon river with a tight bed running through high cliffs, fast and wild. Then, after the exit from the canyon it becomes wide and calm as a lake. This natural characteristic was exploited when a dam and a hydroelectric power station were built right at the exit from the canyon. The famous artificial Lake Tikves is formed by the Crna. It feeds the valley and the hills of Tikves and provides electricity to the region. After the lake, from the village of Vozarci all the way to its confluence with the Vardar, it is a valley river again: slow, wide and calm. 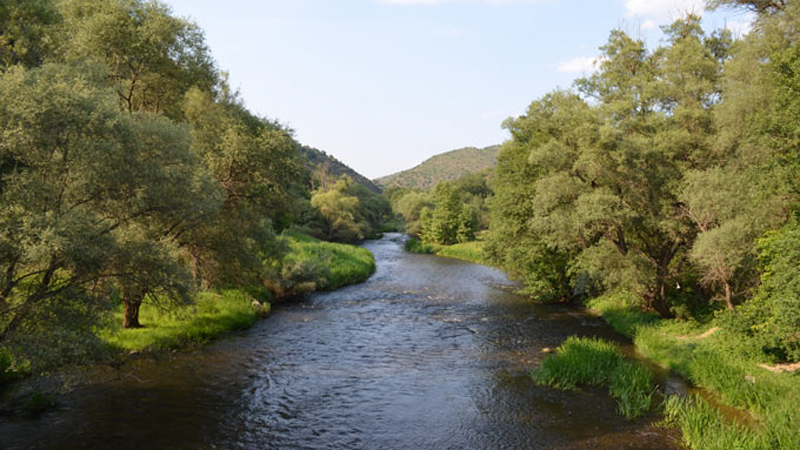 Since antiquity the river had been a hotbed of many civilizations which emerged along its route. One of the most important ancient roads, Via Ignatia followed the river. The city of Stoby stood where the Crna flows into the Vardar, at the intersection of the east-west and north-south trade routes. “Stobis, vetere urbe”, an ancient city, as the Roman historian Livius called it, was the capital of the province Macedonia Secunda. The city grew into an important Episcopal and Roman patricians’ seat, prospering thanks to the trade between the Mediterranean and Danube regions. The city preserved its importance into the early Byzantine period and was plundered and destroyed by the Goths.

The region of Demir Hisar or the Iron Rocks is another mythical land through which the Crna flows. The mountains around the river are rich in iron ore and have been exploited since antiquity. Here the river is crystal clean and fast and this is where the endemic Pelagonian river trout (Salmo pelagonicus karaman) lives. The ghostly region of Mariovo is divided by the Crna into small and big Mariovo. This region once settled by the mystical Pelasgy tribe still commands breath catching views: scorched land, volcanic rocks in different shapes, small Mediterranean shrubs and few lonely trees, acting as lightning rods during thunderstorms, exhausted or abandoned mines, empty pastures once covered by cattle. The ancient Alshar mine exploited in the past for gold has an important deposit of the rare mineral lorandite used for the detection of solar neutrinos in physics.

Deserted towns of Mariovo reveal coins minted by ancient Macedonian kings Philip, Cassander, Perseus, and coins of the cities of Amphipole and Thessalonica. The Roman-Macedonian wars were fought here in the 2nd century B.C. The town of Stibera near the Mariovo village of Cepigovo served as a base for the Macedonian king Perseus who carried out military campaigns in the west. The medieval town of Cemren recorded in the old chronicles as an important ore melting post on the route from the iron mines to the imperial centers, is believed to have existed in the present-day vicinity of Cebren. Ruins of medieval churches and city infrastructure, including mills, cisterns, defensive walls, are found in this region.

The Crna River remembers many wars. After the invasion of the Huns and Visigoths in the fifth century the sacked and burned towns like Stobi, Stibera and Antanius never rose again. According to a legend, the 14 thousand of Tsar Samuel’s soldiers, blinded after the battle of Belasica in 1014 A.D. washed their eyes in the river on their way to the royal seat of their king. The river turned black from their blood and was known as the Black River ever since. 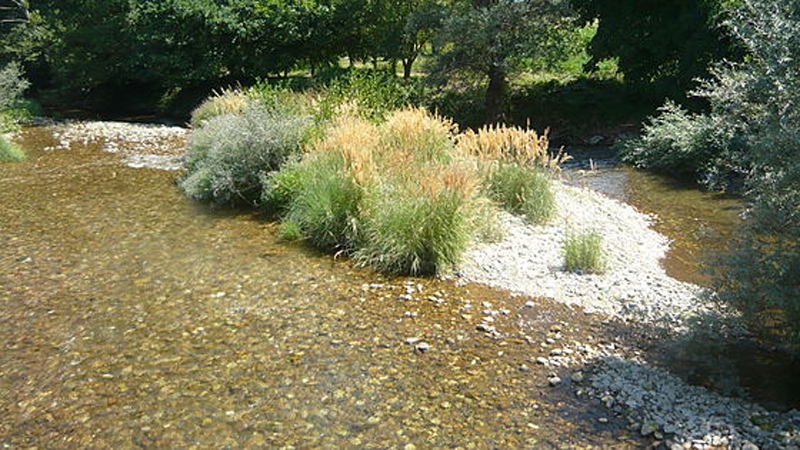 In the beginning of the 20th century, the two Balkan wars and War World One were fought around the river. The front in each of the three wars was established along the river, and stood there for months. The side that broke the front line on the river and took control of it would gain the whole region. In the Balkan wars the front was broken from the north, while in the First World War – from the south. Military infrastructure such as bunkers and machine gun nests as well as old ammunition can still be found in the Mariovo and Bitola regions along the flow of the Crna. They are waiting for a cultural project to establish an open-air museum in the area.

Pollution is one of the biggest problems threatening the Crna River today. Pelagonia cities are pouring their waste into the Crna. Fishermen all along the river notice that many river species are on the decline and warn that the river may die out if action is not taken. An investment in water cleaning stations is a solution that is needed with urgency.