The northern part of the Skopje metropolitan area is embraced by the mountainous region called Skopska Crna Gora (Skopje Montenegro/Schwarzwald). Skopska Crna Gora is not used for weekend break outs, tourists’ visits or family outings as are the southern region of Vodno, Matka, or Kozjak. But it has the same potential of cultural heritage, natural beauties and breathtaking sceneries to largely attract visitors.

It is a high and spacious mountain covered with woods, rivers and pastures. One of the legends for its name refers to the abundance of dense, black forests which impressed the population leaving in its footsteps. The mountain is encircled with four grand valleys and towns. Two belong to Macedonia (Skopje on the south and Kumanovo on the east), while Kacanik in Kosovo on the west and Gnjilane surrounds it on the north side. The stone beauty of the mountain is composed from crystalline schist, eruptive rocks, Mesozoic rocks and tertiary sediments. 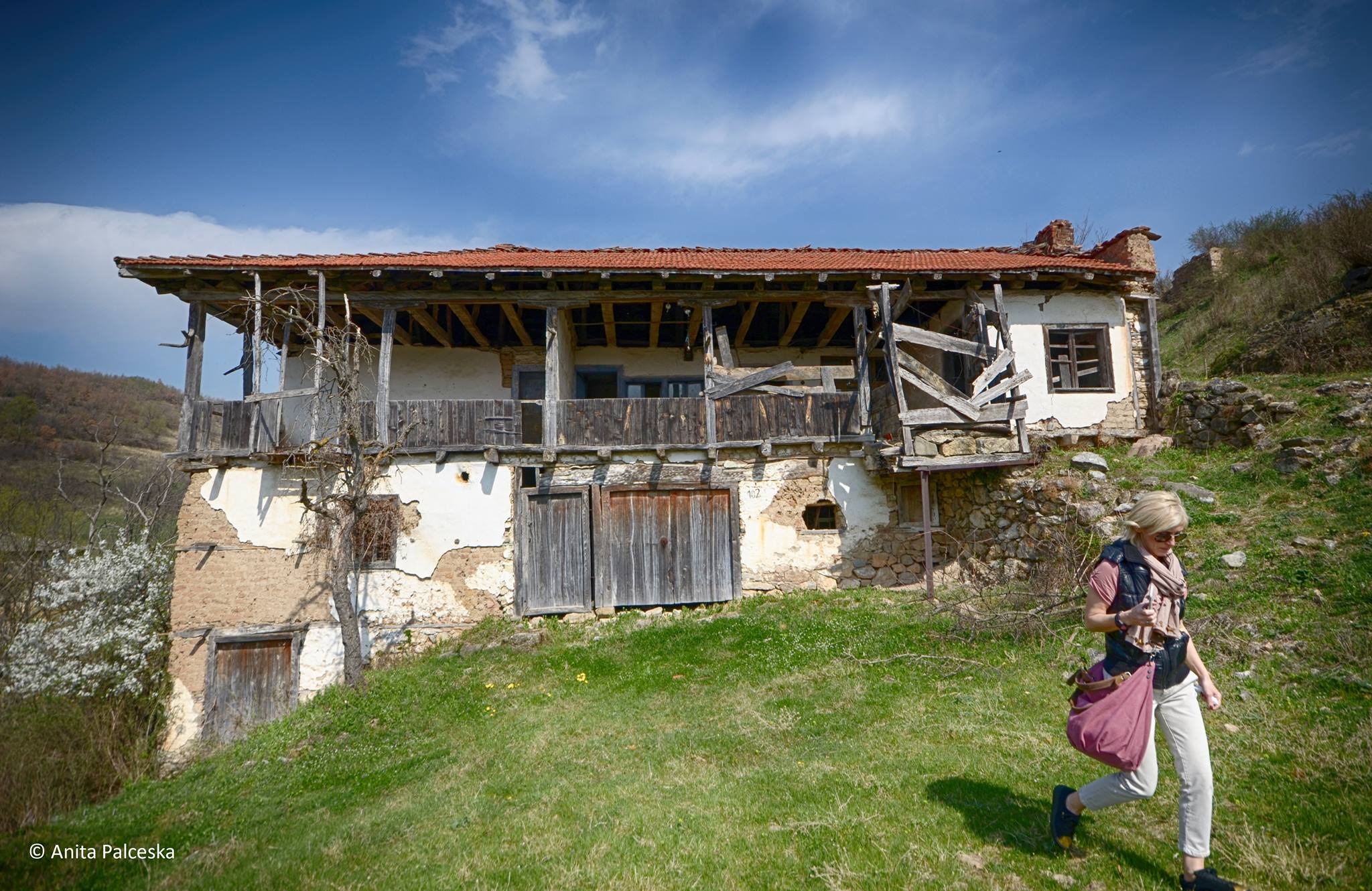 However massive, the mountain is well accessible. Asphalt roads connect the villages with the nearby capital. Those who refrain of using cars might reach the villages scattered around the mountain by regular bus lines connecting the very city centre. The bus numbers, 61, 71, 81, all stop in one of the villages and near the magnificently cut monasteries. Local inhabitants regularly wander up and down the mountain, collecting tea herbs, medical herbs, mushrooms, wild fruits and berries etc.

The hikers’ paths spread across the higher villages. They intersect through the mountain top Ravno (1,651 m) and the ridges starting or ending up in Rastak, Pobozje, Kuceviste, and Ljubanci. Different hiking initiatives organize traditional tours on the mountains, choosing different paths. Very often one is recreational and shorter, and one is challenging, lasting for over 20 kilometres.

But the region has the utmost importance for the local population belonging to the orthodox Christians. Some say the name Monte Negro comes from the long black sleeves of the monks serving the many local churches and monasteries, visible on the mountain slopes from the distance. In each of the dozen villages in the mountain, there are one to two churches and monasteries, built from the fourteenth century on. At least half of them are still have or have preserved their konaks (sleeping areas) which are open for visitors to use overnight. The area, which is the joining backyard between the older and the newly annexed territories of the mighty Serbian medieval state, bloomed in the time of the famous kings like Milutin and Dusan. Yet, under the present day name it is mentioned for the first time by the Bulgarian Tsar Konstantin Tih who took the villages as his own property. Later, around 1300 according to the document willed by king Milutin, they became part of the property belonging to Church St. George in Skopje. The rich religious life around the monasteries has been preserved to the present day. Each of the saint days of the particular temple is celebrated with at least a two days’ fair. The most visited is the saint day of St. Archangel Michail in Kucevista, celebrated on the 26th of July, whose feast begins already on the 25th. Another visited fair is St. Illiah day celebrated on the 2nd of August, starting as well the day before. Common meals are given also on 28th of August, the 11th of September, the 21st of  September, and the 28th of September, due to the Mother of God feast in Banjani and Mirkovci, Cardak and the village of Gornjani. The Cardak of Saint Archangel Michael Monastery in Kuceviste was recently restored and fitted for use by a grant from USAID and the Ministry of culture. 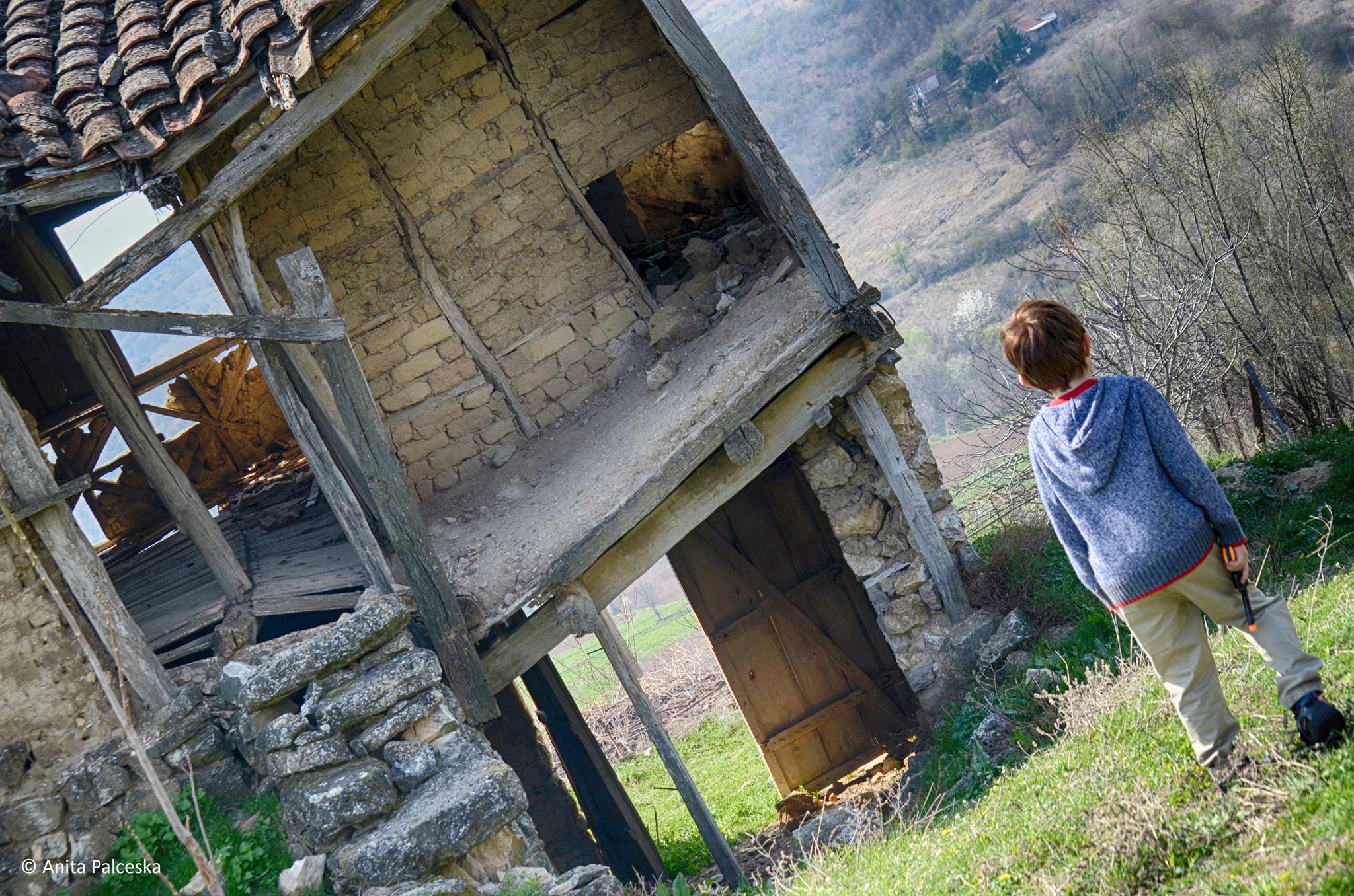 The church of St. Nikita is not only the oldest, but the most precious. It was built in 1307 by King Milutin. The oldest frescoes which are preserved, belong to the zographs Mikhail and Evtihij, the same masters who painted the churches St. Clement in Ohrid and St. George in Staro Nagoricane, famous for its pre-renaissance realism and vitality.

The St. Nikita courtyard served as a playing ground for an avant-garde student group of 1968, which named itself the Troup of St. Nikita Goltarot (The poor one), out of which the most famous Macedonian actors, directors and critics, who marked the later decades, emerged.

Another church, the one devoted to St. Archangel Mikhail and Gavril, hides uniqueness. It is the elements of paysage in the compositions.

The abundance of waters in the region allowed for the population to install watermills. One of the legends says the local inhabitants went 100 kilometres east to the village of Lesnovo to cut off a mill stone from the appropriate rocks. This served as a narrative for one of the most famous Macedonian writers Slavko Janevski, who wrote the Kukulino cycle, of eight books, inspired by the Skopska Crna Gora legends, characters, beliefs, and folklore. He gave a literary layer to the whole region, which are still not exploited for tourist and cultural industry aims.