Your Excellency, you have been working in Macedonia as a Hungarian ambassador, meeting lots of people and visiting different places.  What are the main differences and the main similarities between our two cultures?

My impression after living two years here is that our cultures are fundamentally very similar, which is of course easy to explain given the similarities in our History and our Geographical proximity. The importance of personal relations, spending quality time with family and friends is quite similar, as is the love of food and music. Of course Hungary is a Central-European country, so there are also some differences.

If you could name a single event or memory since your appointment in Macedonia, which one it will be and why?

I enjoy every day spent here, but to name a single event I would mention the following: In 2016 we celebrated the 60th anniversary of the 1956 revolution in Hungary, and as part of our programme, in 2017 we could bring a Hungarian lady from Canada, who spend six months as a refugee in Krushevo in 1957. She fled Budapest together with her husband at the end of 1956, and was brought to Krushevo together with another 500 or so Hungarian political refugees. They later moved to Canada where she became a successful artist and her husband an engineer. It was very moving to see the emotions coming back to Macedonia after 60 years. Of course being honorary president of the Charity Bazaar is also something I will surely remember. 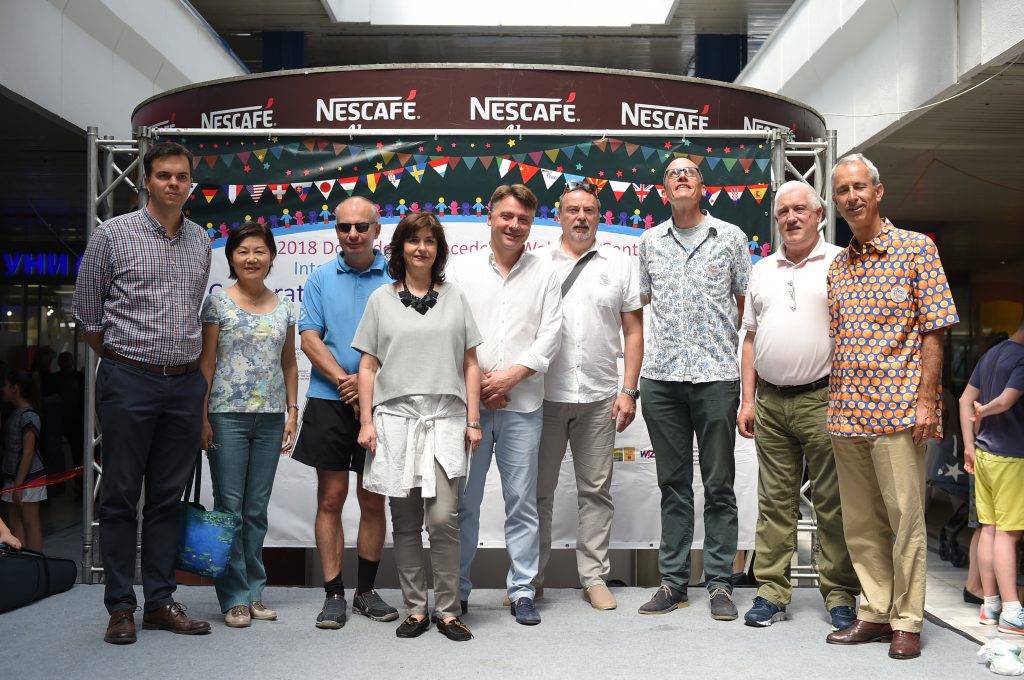 Which are the places in Macedonia that remind you the most of your country? Which towns or sites in Macedonia are the most interesting places to visit for the tourists from Hungary? Which sites and places would you recommend to Hungarian citizens?

The two countries are quite different Geographically, the highest peak in Hungary, Kékestető is a bit smaller than Mount Vodno, so most places look quite different. At the same time we are both landlocked countries, and our main touristic destination is also a lake. Lake Ohrid and Lake Balaton are somewhat similar and also the wine growing regions look familiar. For Hungarian tourists, besides Skopje and Ohrid, the most interesting parts are the mountain regions, since we do not have those at home. For Hungarians interested in History, I would recommend to visit Krushevo, with its connection to our 20th century History. There are also Hungarian soldiers from World War I buried in Prilep and Debriste, which also deserve a visit.

Would you please summarise for us your experience here in Macedonia, from your first impressions when you came, learning the language, getting to know the culture, to the present political reality. How has your accommodation in the local context developed?

I visited Macedonia for the first time in 2005 as a backpacker with friends, and also had the opportunity to visit the country on several occasions in my previous capacity, working on EU enlargement policy. It is remarkable how much the country has changed since my first visit. Of course it is very different when you come to live here for a longer time, especially with Family. We were received very warmly in Macedonia, and I enjoy every moment working here in sometimes challenging but always very interesting times. There is also a small but active Hungarian community, where we also participate in different programmes. 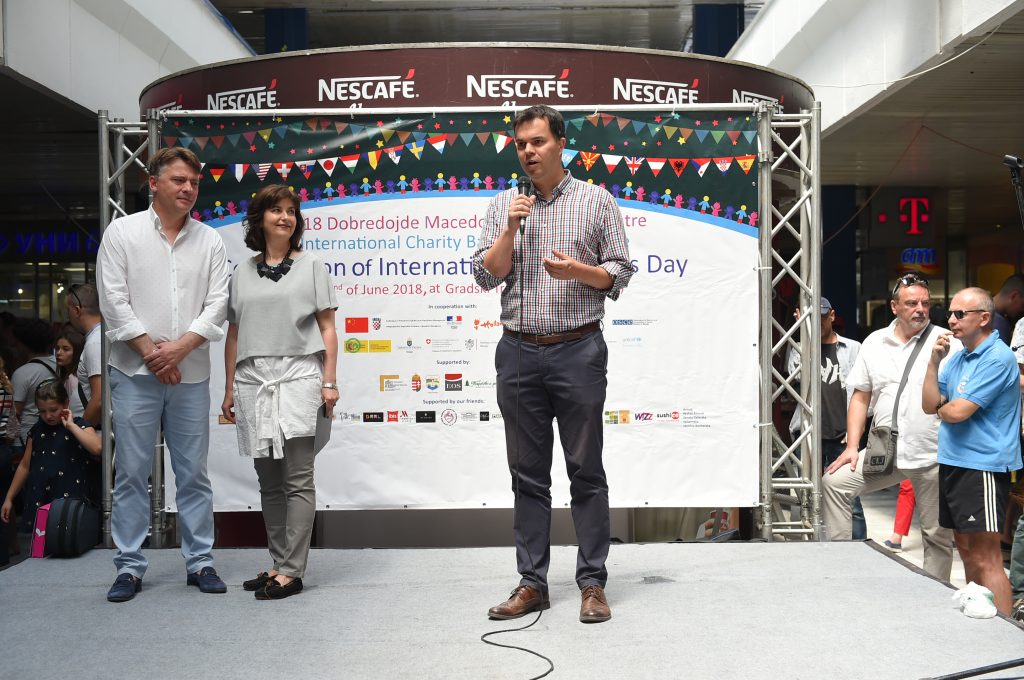 It is obvious that the road to reaching the European standards of the Western Balkan goes through greater cooperation, closer ties and better relationships between the countries. How will the ties between Hungary and Macedonia develop in the near future?

Our two countries have traditionally very friendly relations. Bilateral trade broke records for five consecutive years, and according to the Macedonian statistics Hungary is now its 12th most important trading partner. Direct flights between Skopje and Budapest were relaunched last year, and this has brought a great increase in the number of tourists both ways. Hungarian police officers are deployed at the Southern border since the beginning of 2016, which also brought our countries closer. I hope that the start of the accession negotiations to the EU, and NATO membership will open more possibilities to further strengthen economic, political and cultural ties, as well as people to people contacts.

Do you expect better cultural exchange in the near future between the two countries?

I am happy to say, that there is a big mutual interest in cultural exchanges. Many Hungarian artists and groups visited Macedonia in the last years, and I am happy to say, they not only came here on the invitation of our embassy, but often independent from us, invited by Macedonian organizers of various events and festivals. In 2019 we will celebrate 25 years of diplomatic relations, and 20 years of opening our Embassy in Skopje, and we plan to mark this anniversary with a number of cultural events. I the meantime we expect many people from Macedonia to visit the famous Sziget Festival close to Budapest in August, where this year there will be also performers from Macedonia.

I hope that all countries in the region will be members of the EU and NATO, and will work in close cooperation with each other to enhance the possibilities of their citizens, so that young people see a perspective to stay here or to return if they already studied or worked abroad.

What would you advise your successors, or any future candidates who would follow you in this position?

To travel around the country as much as possible, Macedonia is not only Skopje, there is so much to see and do outside of the capital too. 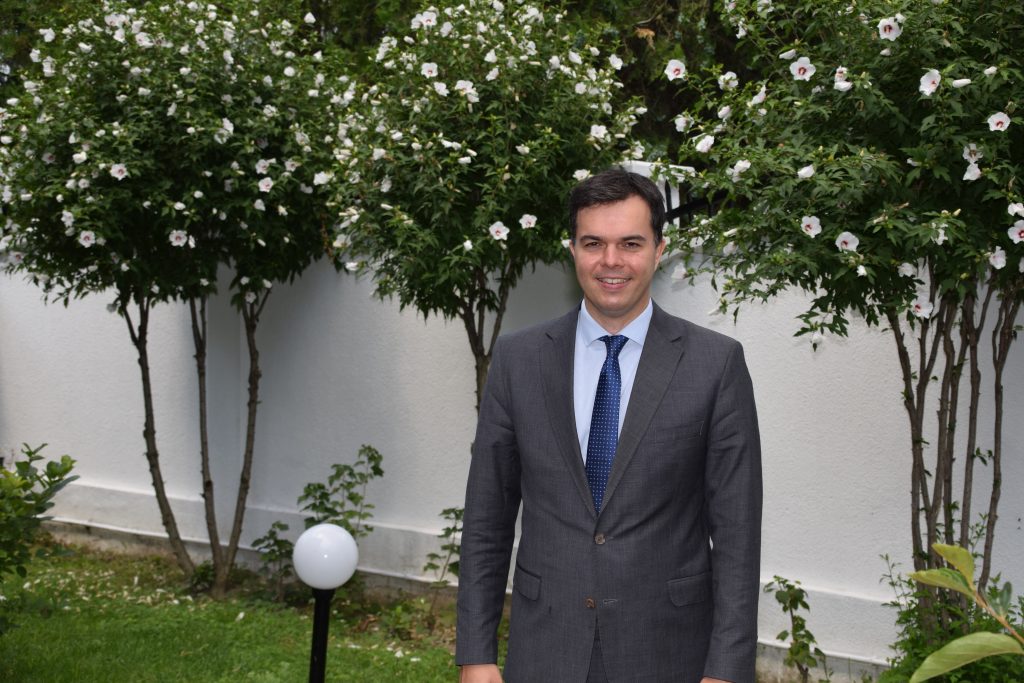 What is your opinion regarding the current Euro-Atlantic integration processes that Macedonia is currently going through, in connection with the possible resolution of the name issue that will result in opening accession negotiations with the EU?

Hungary was and remains one of the staunches supporters of Macedonia’s euro-atlantic integration. The prime ministers of the Visegrad Group  welcomed the agreement on the name issue at their meeting in Budapest on 21st June, and expressed their hope that this will de-block the EU and NATO integration process. We welcome the decisions of the General Affairs Council and the European Council, and look forward to the NATO invitation as well. EU accession is a long and difficult process, but we stand ready to help Macedonia during the process both politically and technically.

Do you believe that there the level of regional security is satisfactory? Will NATO integration result in not only more stability within the country, but also result in better overall regional stability?

Currently the level of regional security seems satisfactory, although we are following very closely the developments on the new Western-Balkans migratory route. Hungary is a NATO member since 1999, and a supporter of the Alliance’s Open Doors policy, we are therefore convinced that NATO membership brings more stability not only to the country but also to the region.

As an honorary president of yet another successful DMWC  International Charity Bazaar dedicated to the International Children’s Day, how do you see the mission and activities of Macedonia Welcome Centre, what future role can it aspire to have?

It was a great honour and wonderful experience to be honorary president of this year’s bazaar. I think it is a great event for a good cause, and also an excellent opportunity for engagement between the Embassies and the locals. This year we had the highest number of Embassies participating, and for the first time a charity concert also preceded the bazaar. I believe the Macedonia Welcome Centre is doing an outstanding job in bringing foreigners and locals together, by organizing charity events, coffee mornings, diplomatic trips and a number of other programs. I hope the DMWC will continue with these activities. 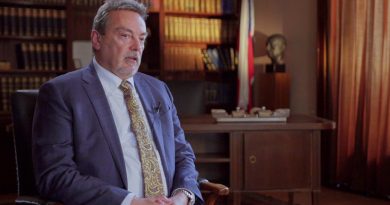 INTERVIEW with H.E. Miroslav Toman , the Czech Ambassador in the Republic of the North Macedonia and Honorary president of 2019 DMWC International Charity Bazaar 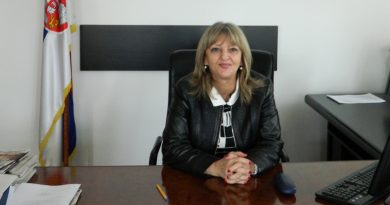