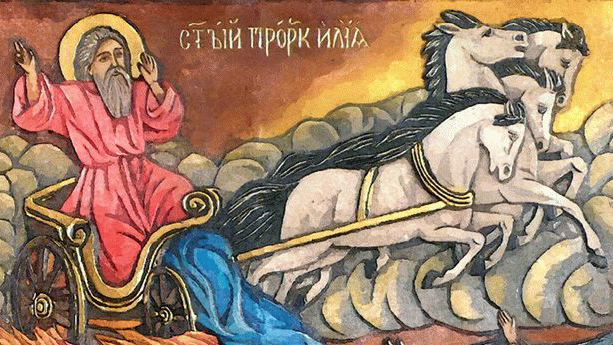 The 2nd of August, the day of Saint Ilija (Elijah), is one of the most glorious days in the modern history of Macedonia. It is the day when the national statehood is celebrated. On this day in 1903 Macedonian freedom fighters started an insurrection and established the first, albeit short-lived, republic in the Balkans. On the 2nd of August 1944, in the flames of the World War Two, the antifascist Communist and national liberation movement proclaimed the People’s State of Macedonia as part of the federal Yugoslavia. The Macedonian Independence in 1991, although voted in on 8 September has been symbolically called “the third Ilinden” (St. Elijah’s day). The 1903 uprising against the Ottoman Empire established the Krusevo Republic following the liberation of the town of Krusevo. The regional staff of the rebels set up a local authority with representative executive and legislative bodies. It lasted for only ten days but it brought about the manifesto that summoned all citizens of Macedonia, regardless of religion and ethnicity, to a struggle against tyranny.

On August 2nd 1944 the Anti-Fascist Assembly of the National Liberation of Macedonia (ASNOM) proclaimed Macedonia as a nation state of the ethnic Macedonians and proclaimed the Macedonian language as official. The citizens of Macedonia regardless of their ethnic affiliation were guaranteed all civil rights, including the right to their mother tongue and religious faith. Thus Macedonia became a state for the first time in history as part of the Yugoslav Federation.

Each year on the 2nd of August the historical sites of Meckin Kamen in Krusevo and Pelince near Prohor Pcinski in Kumanovo are crowded with people celebrating the national statehood. These are the most important annual mass political events. 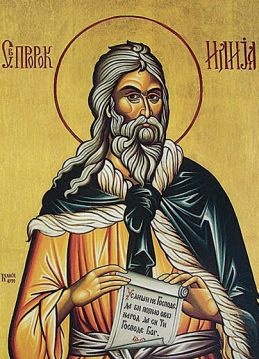 But after the patina of historical importance settles, one might ask: why was the uprising held on this particular Saint’s day? Is there any reason why this date had been chosen and what does it tell us about the socio-cultural cycles of the past and about daily lives of our ancestors? The researchers of folklore and religion would certainly find some meaningful connections. The Holy Prophet Elijah might not be the most important figure in Christianity but he has acquired many meanings and symbols important to the traditional life of the Macedonian people. They are, of course, connected with the summer agricultural activities and the harvest. Many legends do not allow working on this day due to the variability of the weather and danger of thunderstorms. A popular image represents the prophet as the master of thunder and lightning. This image derives from the hot weather prevailing during this period of the year. If one compares the weather records through the years it will turn out that a typical 2nd of August has morning heat followed by a summer storm with thunder, lightning and short but intensive showers spoiling the afternoon. A popular saying predicts that if such is the weather on the Saint’s day then nuts would rot in their shells. Depending on the micro-climate it is time when the harvest is finished or still is to be commenced. The break in agricultural work seems an ideal time for an uprising.

But, of course, the importance of religious holidays and the tendency to connect historical events with important and easy to remember dates seems to prevail in this case. St. Elijah is considered very important for all the three monotheistic religions, Judaism, C h r i s t i a n i t y and Islam as a preacher of the true faith. Christian i c o n o g r a p h y represents the Old Testament Prophet Elijah as an old man driving a chariot across the sky. The Book of Kings narrates of Elijah as defender of the true faith against the Phoenician god Baal. He brought fire down to the people from the sky, but also vanished in a whirlwind riding a burning chariot. It is believed that he did not die in the fiery chariot but ascended to Heaven.

With time other religious associations have layered on the Prophet’s glory. He is also strongly associated with the celebration of the Sun, especially among the converting Pagan populations. Even in ancient times authors found similarities between the names “Elias” (the Greek for “Elijah”) and “Helios” (the Geek for “Sun”). It is believed that from here the association of Elijah with the Sun has survived in the folklore. Some even attributed to this the habit to devote to the saint the monasteries built on the tops of mountains. Indeed, in the southern part of Macedonia many monasteries devoted to Saint Elijah overlook their surrounding country: in Strumica, Dojran and Udovo. It is believed that Elijah took the power of the supreme gods, like Zeus in Greece, or the lightening god Perun in the Slavic folklore. Among the Slavs Elijah carries the alias Thunderer. He is celebrated as the holder of keys to the skies, as the one who locks and unlocks the rain, the thunder and the sun. He is the patron of many mediaeval guilds and handcrafts, who used to have a big feasts on this day. Today many villages having St. Elijah as their patron celebrate Ilinden with huge feasts and fairs, similar to those of the medieval times. Peasants still fear to work on St. Elijah’s day as thunder might strike from the sky.

During the Communist period the religious aspects of Ilinden were ignored when the statehood holidays were celebrated. In today’s democracy, when the interest for old traditions and religious life is on the increase, the religious and traditional meaning of the holiday adds to its political significance.