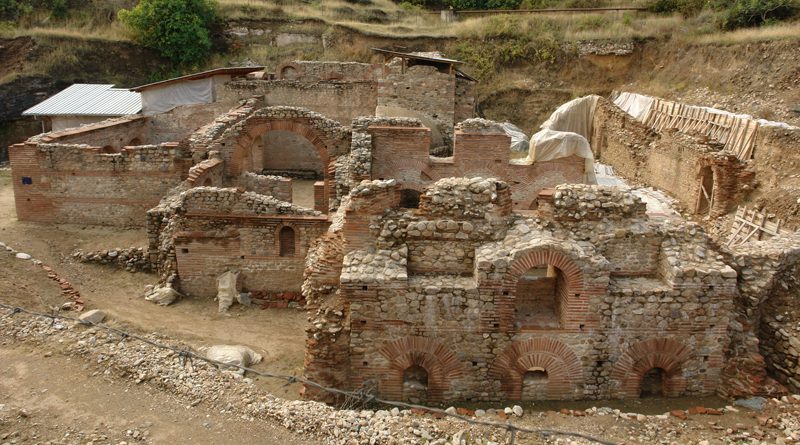 One of the most representative buildings from the Roman period in the region of Strumica is the Roman thermal spa (Balneum) in Bansko dating from the 1st to the 4th century. It is located about 12 km east of Strumica, at the foothill of Mount Belasica.

The Baths were discovered in 1978 while digging the foundations of the hotel “Tsar Samuel”. The building has used the healing waters of spring “Parilo”, located 50 meters southwest, whose capacity is 42 litres per second and the temperature is 72°C. These conditions, observed by the Romans long time ago, are a great boon that are used in later periods. In the Bath, 11 rooms with different functions were discovered and, above all, they were built with brick and stone combined with mortar, with a total useful floor area of 623m ². 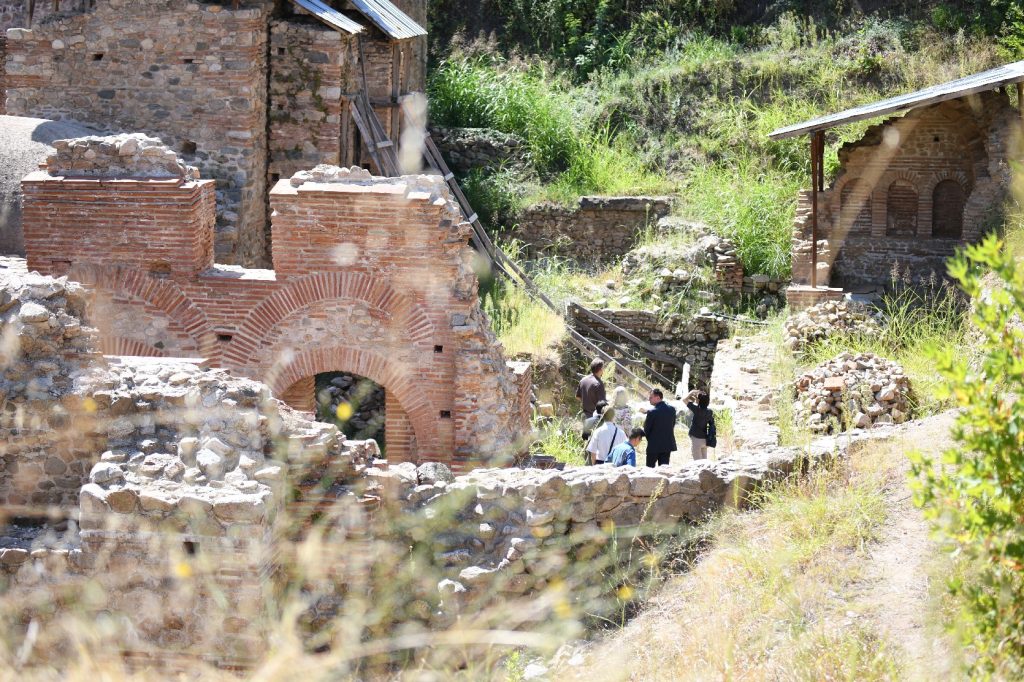 Recent excavations discovered several smaller rooms positioned southeast from the Great Bath. Inside heating was designed and constructed with a special system that used hot water for heating the floors and walls.

The Bath is designed like other Roman buildings and it was in the spirit of the health needs of Roman culture. Roman baths had dressing rooms (apoditerium) where clothes were stored. In the area called (dipterium) guests greased their bodies with oils. The so called tepidarium was situated in between the hot bath (caldarium) and the cold bath (frigidarium). The walls are preserved in height from 2 meters to 6.70 meters.

The best preservation is found in the rooms that were used as saunas and the pool with cold water – frigidarium. The pool occupied a main place in the baths and also the tubs whose depth was about 1.5 m. The entrance in the pool was through the stairs. Day light through the windows made it private and urban.

A current archaeological excavation of newly discovered older buildings shows that the infirmary existed before. Built for the needs of people, the ancient baths were the centres of social life. Around the baths other buildings were usually situated such as gymnasiums, libraries and, of course, there were also temples dedicated to the gods that protected human health.

Desolation of this sanatorium occurred in the 6th century. However, thermal sources remain attractive for the people from this area until the Late Middle Ages. The first name of the site known as “Turkish bath ” proves that thesis. The second name of the site “Fair” leads to an opinion that some of Christian believers, besides praying, used this place for entertainment and trade.