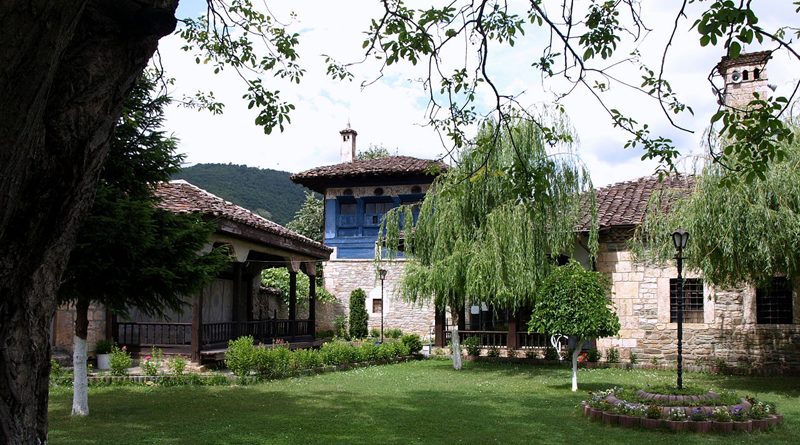 The Harabati Baba Teqe in Tetovo was built in the 16th century by Sersem Ali Dede. This is considered to be the most prominent religious, cultural and touristic site in Tetovo.

This great man was originally from Tetovo.He built the Teqe, from his own wealth, after resigning from being a “vazeer” or minister to the Sultan’s throne in Istanbul. He was well versed in art, literature and science, and counted as one of the most eminent intellectuals of the court.

Embarking on the pursuit of spiritual realization, he finally achievedthe highest grade of Masterhood and took the lead seat in the Bektashi order,HaxhiBektash, which had been vacant for 15 years.

The name Harabati Baba Teqe has multiple meanings, since the founder Sersem Ali Dede empowered Harabati Baba. Also, Harabati (“kharaab”, in Persian meaning ruin) has another very purposeful meaning for the Sufis in general, denoting the Ruin of one’s Ego, as a purifying spiritual process, to be as one with the Divine.

Teqe (tekke) represents a form of a monastic complex of buildings where mystical religious rituals and teachings are performed in a more secluded and controlled manner, thus eliminating external disturbances and allowing space and facilities for internal growth and spiritual realization of the participants of the Order of Mystics. 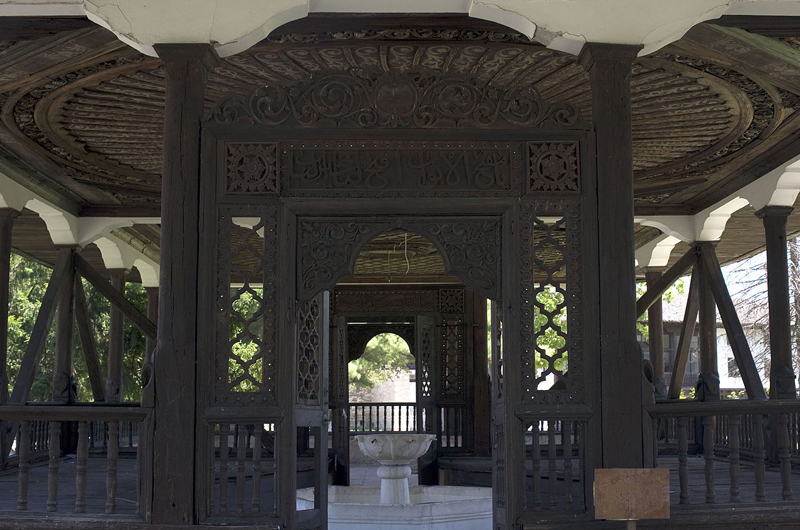 The Balkans had experienced a wave of eastern spiritual expansion in medieval ages before the 15thcentury, through the presence of mystical orders of Sufis and Bektashis. They are regarded as a form of continuity of the Judeo-Christian religion clothed in the new teachings of Prophet Mohammad and his successor Imam Ali. Sufism being the universal pantheistic form of belief with whom the Bektashis have a lot in common, is based on Bhakti type of worship (yoga, so to say) that is based on adoration and reverence, remembrance, intuition and emotion, being the guide and the pivot to the knowledge and the intellect (opposing the Jnana, yoga type, which was based purely on dry intellect).

The Harabati Baba Teqe is a large and complex structure of a rectangular footprint ranging 200 meters in length and over 100meters in width and is surrounded with stone walls 5 meters tall on the east, and 3 meters tall on the north and west. The internal objects include the Abode for the visitors (“selamllek”),the Summer Terraceand the residence, the watchtower,the Winter Residence,and the so-called Fateema’s House (“Harrem”) which is one of the most outstanding pieces of architecture in the complex.

The Summer Terrace has beenbuilt with exquisite craftsmanship which can be credited to the same carpenters that built the St.JovanBigorski near Debar. It contains a fountain in white marble. On the north-westside you will find two graveyardsaccommodating the graves of different clerics of teqe aristocracy and other important figures. There are some lovely epitaphs to be found containing various poems, verses, and prayers written in Arabic style letters. 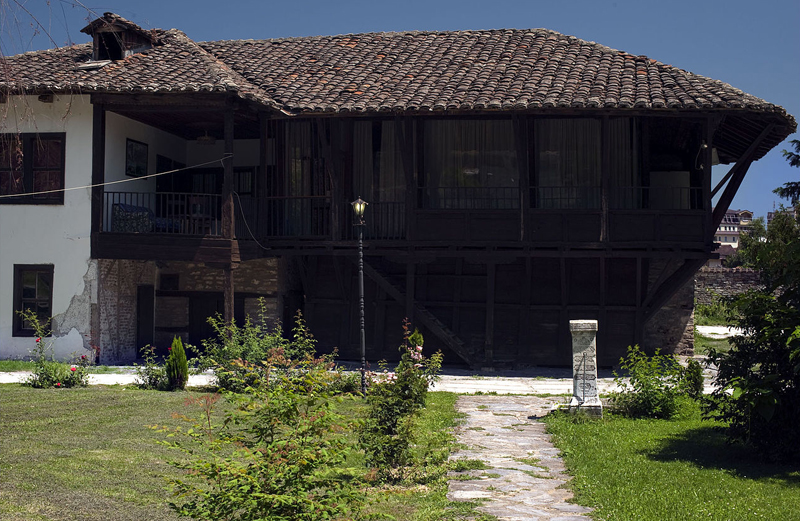 Near the Winter Residence, there is another Meydaan, a special prayer zone, facilitating prayers in a Circle(a form of Divine Infinity and equality). In its very entrance is another Mausoleum containing the Saints and the Baba’s graves as well as the Pasha’s grave.

It can be said with a dose of nostalgia, that the Teqe served as a Garden of Eden, where one would come to refresh his soul. It used to be brimming with Bektashi monks (Dervishes) performing their strict daily duties, maintaining the Teqe in a pristine condition with luscious greenery, a multitude of flower species, trees, fruits, domesticated wild animals, etc. It also served as a centre pointfor performing regular charity work for the local population regardless of its religious backgrounds.