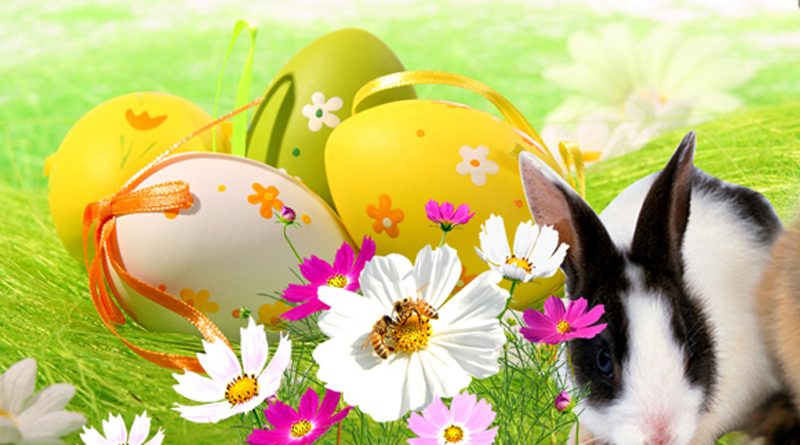 Easter is a movable feast meaning it is not fixed to the civil calendar. The First Council of Nicaea, the council of Christian bishops convened by the Roman Emperor Constantine in A.D.325, established the date of Easter as the first Sunday after the full moon following the vernal equinox which ecclesiastically is reckoned to be on March 21st, therefore the date of Easter vary from March 22nd to April 25th. Eastern Christians, also known as Orthodox, base their calculation on the Julian calendar whose March 21st corresponds to April 3rd in the Gregorian calendar, in which calendar their celebration of Easter varies between April 4th and May 8th. On Sunday April 16, 2017, the Orthodox Macedonians celebrated Easter, which this year coincided with Catholic and Protestant Easter.

To Orthodox Macedonians Easter is the greatest holiday of all. The Easter Lent, in Eastern Christianity also called the Great Fast, starts forty days before the Great Week (Holly Week) which is the most important part of the Lent. The meaning of the fast is to strengthen spiritually, to enter in a community with God through prayer, good thoughts, righteous deeds and proper way of life. The fast is a time when one prepares him or herself for a living in the true state of life, before the fall from Eden. The fast means abstinence from certain types of food as meat, eggs, dairy products, wine and oil. But beyond food, one has to devote him or herself to intensified prayer, confession, repentance, self-examination and almsgiving. The fast is strict but during some days fish, wine or oil can be permitted. It is interesting that during the Great Lent the liturgical weeks do not start from Sunday but from Monday in order to lead to the greatest Sunday of all, the Easter Sunday. During the Great Fast a special service book is used in the churches, known as the Lenten Tradition, different from regular liturgy. Another specificity is that the church increases the prayer for the dead, not only as a reminder to the mortality and penitence, but also to remember intensively the departed. This is why there are three Saturdays during the fast dedicated to the commemoration of the dead. 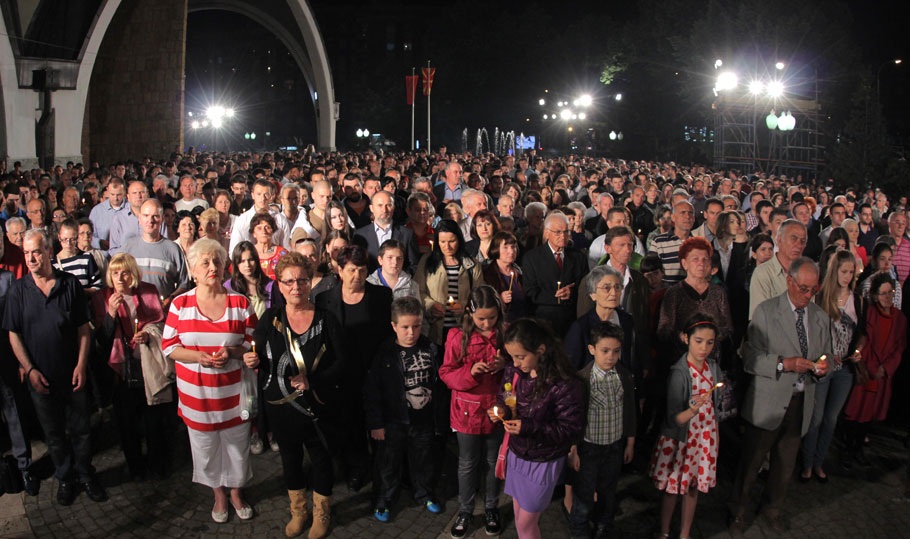 In the early morning of Maundy Thursday eggs are dyed in red, symbolizing victory and coming happiness in the resurrection. Resurrecting, Jesus Christ actually defeated death. The red color represents god’s might and strength. The color of the Easter eggs reminds us of the blood Jesus shed on the cross. The first egg to be dyed is put aside and is called “Protector of the House” (Chuvarsko jajce). It is placed beside the family icon and saved until the next Easter. The actual Easter festival begins on Good Friday, the day of crucifixion, when at home only essential duties are performed and the family observes a strict vegetarian fast, even fish and oils are omitted from the menu. On Good Friday people go the church to see how the priests take down the icon of Christ off the cross, wrap it in linen (plashtenica ), and put it in a gasket symbolizing the tomb of Christ which they kiss.  On Saturday, the day of resurrection, one is not allowed to eat all day. Late in the evening Orthodox Macedonians gather in crowds outside their local church carrying with them unlit candles. At midnight the priest announces the resurrection of Christ declaring “Hristos voskrese”, Christ has risen, then the people reply “voistina voskrese” truly risen, and he lets the people light their candles from the Holly Flame taken from Christ’s nativity cave in Jerusalem.  After resurrection the celebration continues with songs and prayers inside the temples all over Macedonia. The fast is over and people slowly go home for a meal, trying to keep the flame alive. 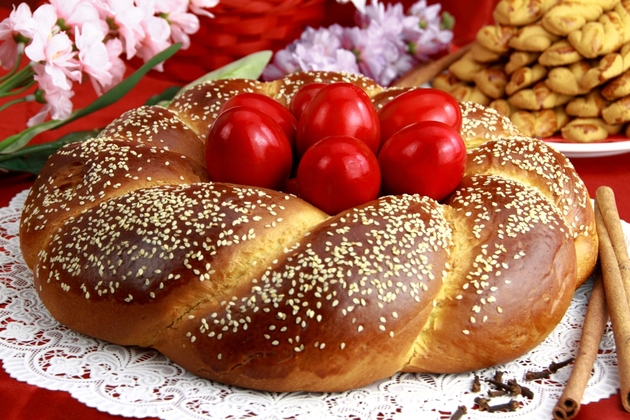 On Easter Sunday, after attending  the mass at church, friends and families gather at homes celebrating Christ’s resurrection, eating lambs (Christ’s body) and red eggs (Christ’s blood). Before the red eggs are eaten, one must crack them against their neighbors, and whoever wins by having a whole egg at the end will get all the luck. 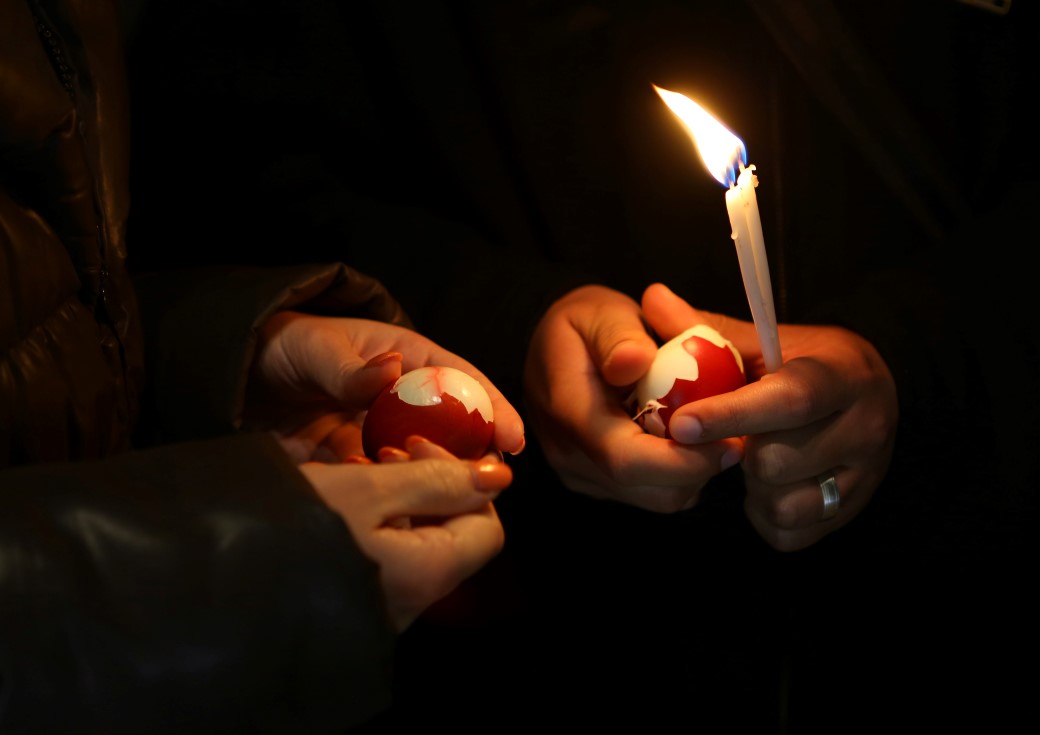 Until Ascension, in the forty days following Easter, Orthodox Macedonians declaring their faith in resurrection and the great happiness it brings them often greet each other with “Hristos voskrese”, Christ has risen, replying “voistina voskrese”, truly risen! 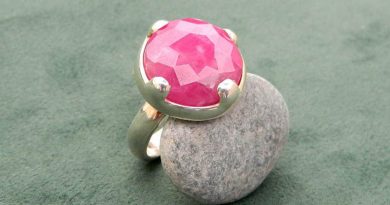 The Story of Macedonian Ruby 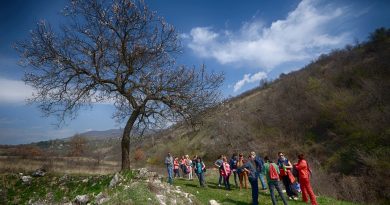 The nest of monks, vampires and ghosts of nature 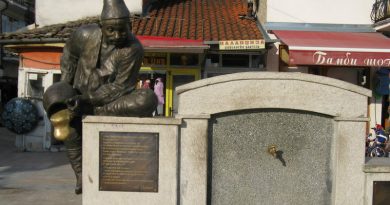