Macedonian plains range from river valleys to hilly plateaus and mountain pastures. A typical summer scene is a pastoral idyll: a flock of sheep, running dogs, summer breeze and a shepherd. The busy sounds of bees, wind, sheep and dogs are transformed into a long, warm, crying melody creeping over the horizon and slowly changing its rhythm and colour. In the wide open space one cannot easily ascertain where the sound comes from. It is the sound of the kaval, one of the most typical, almost mythical, instrument played by the shepherds. Once their tunes could be heard on every plain and hillside. Nowadays it is a preserve of the few patient virtuoso players of folk instruments and ethno music stars, such as the Bulgarian performer, Theodosii Spassov. By playing this mystical instrument, the kaval, Spassov became known globally, received prestigious awards, such as the Grammy, and was even described as the best musician from the East. As a tradition, playing the kaval is primarily associated with mountain shepherds throughout the Balkans and Anatolia. Researchers point to the origin among the Turkish Yurok tribes spread all over the former territories of the Ottoman Empire. This single-origin theory is, however, hard to accept for the many cultures that have the sound of the kaval running in their archetypal veins. Read more… MelancholyOntheHorizon 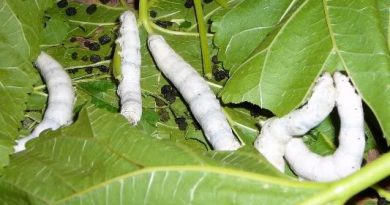 Longing for the South

Cetrse Is on the UNESCO List of Intangible Cultural Heritage