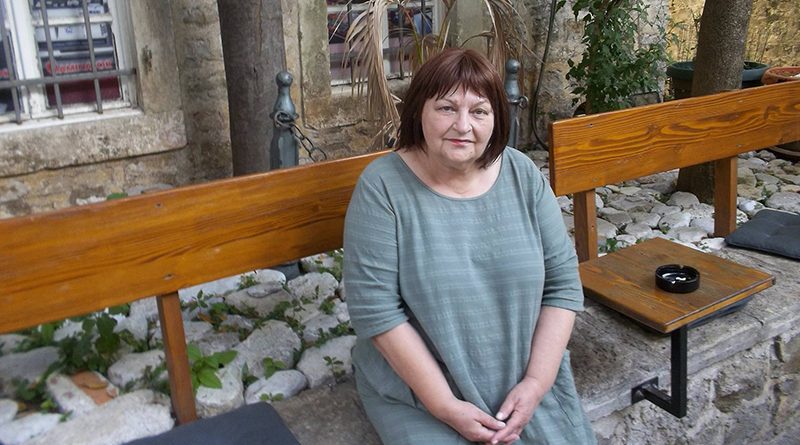 Liljana Dirjan poet. Born 1953 in Skopje. Graduated at the Department of Yugoslav Literatures and Macedonian, University of Skopje. Study visits to Paris, 1981/82 an a scholarship granted by the French, Government, and 1982/83 by the Gulbenkian Foundation for a course in Armenian at the Faculty for Oriental Languages. Worked as a journalist mainly at the woman’s magazine “Zena” where she is now editor-in-chief and director. She is one of the ten founders and member of the Independent Writers of Macedonia Association. Author of the following books of poetry: Natural Occurrence (1980), awarded with the “Miladinov Brothers” prize for best book of the year, Live Measure(1985), Wormwood field (1985), selected and new poems, Selections of her poetry: “Champs d’absynthe” (editions Est/Ouest, Paris 1996, translated by Harity Wybrands), Heavy Silk (1997) and in German Schwere Seide (Corvinus Presse, Berlin 2000, translated by Sabine Fahl) and Cocoons, 1999 (Chattanooga Chapbooks, Tennessee, USA, translated by Peter H.Liotta). 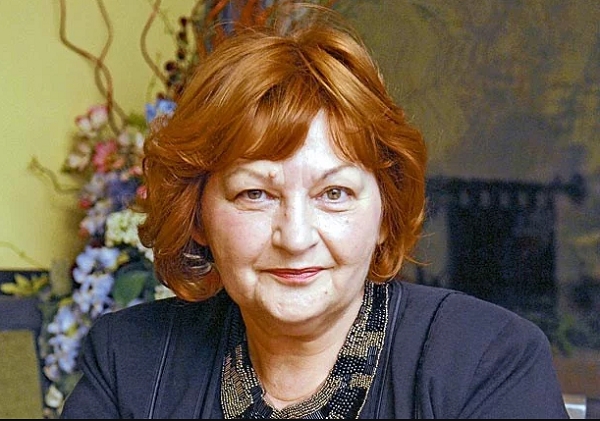 On the JAT flight from Belgrade to Ohrid there is barely any room for the few of us who boarded the flight in Skopje, looking for our seats. The remaining seated passengers, tired and exhausted, can barely breathe. Somewhere before Ohrid, when the azure of the lake and the redness of the roofs in Trpejca appear in the portholes and the pilot
announces we are about to land, one of the passengers says aloud: Take out your tissues because we are back home after twenty years. And about fifty Macedonians from Australia start fumbling in their seats, collecting their luggage and their sleeping children. Their large cowboy hats cause true chaos. A pigeon feather falls into my lap. I
use it now as a bookmark to divide the read and unread part of Theodore Zeldin’s ‘An
Intimate History of Humanity’.

A TABLE IN THE LAKE

That evening, on August 28 1985, on the Bridge of Poetry in Struga, I was sitting in the first row, next to Yanis Ritzos, the winner of the Golden Wreath, and Milan Komnenić, a poet from Serbia. In between a Greek and a Serb, I was waiting for my turn to read my poem (I’ve already forgotten which), be cause I had won the Brothers Miladinov Award. I was wearing a white dress with black dots. I was so animated (the single photo I have from the event proves it). I exchanged barely a word or two in French with the Greek, a few more with the Serb. There were thousands of people in front of us, lit torches and boats with sails. That image was enough to carry this night with me for my entire life. But that evening had its follow up…
Some time after midnight, still in my white dress with black dots, I set off back on foot towards the hotel Eurotel where my room was. Amidst the darkness of the dusty road I was walking on my own. Apple trees replete with fruit as juicy balls entered my vision. I could not sleep. I went out onto the balcony. It was some time between two and
three in the morning. I heard (though I couldn’t see) voices coming from the other side of the lake. The dawn was slowly breaking and the sun’s rays fell gently on the water surface. They lit the space. It seemed to me there were people sitting at a table in the middle of the lake. I could here the sounds of ‘I was born in pain’ streaming across the lake and I went downstairs. And in my white dress with black dots I waded into the water. It was cold and smooth. I continued wading through the water very slowly for about 200 meters towards the open waters of the lake. I was get- ting nearer to those three men sitting on chairs in the water. I reached the table. I can now remember only one face. They stood up (the water was reaching their chest) and they of- fered me half a chair beside them, in my half dry half wet dress (my most silky dress until then). I was finally amongst my brothers (I have three brothers). In the moment that followed, as if amongst three lovers (arranged throughout one entire life), it seemed that I had sat with them in the water, from the beginning of the world, reclining on Poetry, while around us swam the pearly fish plašica, swam the pearly fish plašica, swam, swam, pearly, pearly, plašica, plašica, swam plašica, pearly swam…

THE TOMATOES OF ROBINSON OF LJUBANCI

There is a lock on the gate. A dog starts barking. Chickens start flying around. My friend Robinson eats alone. He is afraid of pesticides. He grows tall tomato plants. He fed them all summer using the drop by drop watering system. He protected them from parasites by spraying them with water in which dried nettles were dipped. He spoke to each tomato plant separately. He fell asleep the other night, he says. It got cold. He covered himself with a blanket. The temperature dropped. Stars shone over the tomatoes. Their plastic sheet was close by but they could not wake their owner, they just looked at the milky shine and shivered. Their slender bodies were attacked by the cold that night. In the morning he came to the vegetable garden to bid them ‘good morning’ but they had been ‘burnt’ by the cold. Now, he shows me, with sadness, the slender darkened stalks with drooping green fruit. I risk his hating me—I pick the only red fruit. I bite into it. Red, fresh, juicy transfusion runs through my body. The morning shines. Bees buzz. The House Closest to the Smolarski Waterfall We parked the car at the end of the village beside a cherry tree. The fruit hanging from the highest branches glistens in the sun and underneath the children graze the cherries from a branch broken off the tree, filling their reddened mouths and spitting stones. The sun is scorching, the river gurgles. A woman hangs washing on a wire. Good day, landlady, we say, the few of us who have set off early in the morning to see something ‘unseen’. Good day, good people, have a good day, take some of these cherries – she says, hanging a white sheet, while her face remains on the other side. –How far is the waterfall from here? – Some say 500, and some say more than 1000 meters climbing. It is supposed to be high up. Strength is needed for the climb. – But, in your estimate, how far is it? –I am not from here, I am only married in Smolare, for some 30 years, I’ve never been to the waterfall. –Why haven’t you? –Well, that’s for idle people, I always have so many things to do around the house, and the waterfall will always be there. 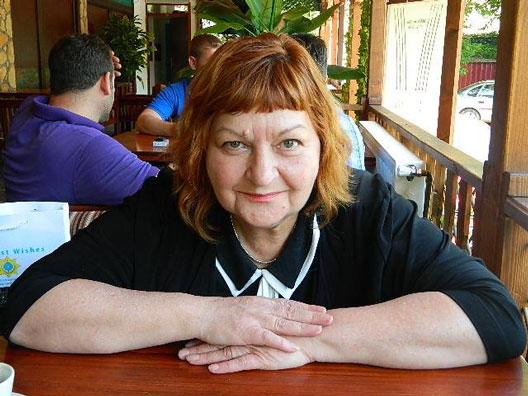 A student of Ethnology chose the following as a topic of his seminary work: medicinal plants and their use in the area of Porečje. He asks an old woman what she uses as a cure for colds. I use some brandy in which I soak the towel in which I wrap my throat. And when your legs ache? I massage them with brandy, damn them, it burns a bit, but it helps. And when you have a stomach-ache? I drink some of the brandy, and the old woman goes on, brandy for back-ache, brandy for toothache, brandy for everything. Granny, continues the student, and what do you take when you suffer from headache? And she responds: Well, there is this small, just a tiny white wonder, you take it between your fingertips. Granny, what plant is it from, that tiny thing, does it grow here, what do you call it… asks the stu- dent, holding the voice recorder in his hands. The old woman struggles to describe it and says: But, it is this small, white, when you take it with water, the headache is gone, the clamps around the head give in. The old woman rises from her little stool, picks up a tin pot filled with wheat and starts calling the chicken: pi, pi, pi… She turns towards the student, as if enlightened by her discovery and says: I’ve remembered son, it is called an aspirin, damn it. Surrounded by the chickens, she adds: If I knew where the person who invented the aspirin lived, I would travel on foot to bring him a live hen and 12 chicks, God bless him! 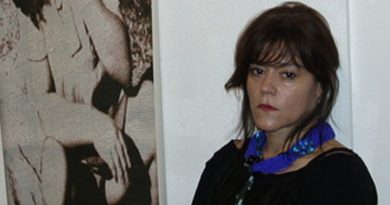 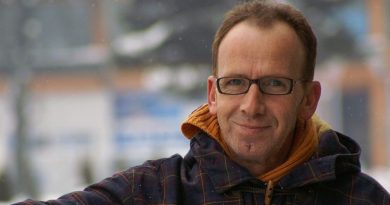