If I could choose the town where to live and teach in Macedonia, I’d prefer Bitola for many reasons. Being the second biggest city in the country, there are no overcrowded streets, chaotic traffic and smog, but rather a pleasent cultural, turn- of-the century atmosphere  with an old Turkish town, 18th and 19th century architecture, one of the oldest and most prestigious theatres in the country and a number of festivals (Heraclea Festival, Manaki Festival of Film and Camera, „Small Monmartre of Bitola a.s.o).

Bitola is situated in the southeastern corner of Macedonia (Pelagonia valley) at the foot of Baba Mountains.  Its name is derived from the old Slavic word ’Obitel’(monastery) since the city was formerly noted for its monastery. Traditionnally a strong trading centre, Bitola is also known as the „city of the consuls” from the Ottoman period, as many European countries have consulates in the city.  During the same period, there were a number of prestigious schools here including a military academy that, among others, was attended by the famous Turkish reformer Kemal Atatürk. 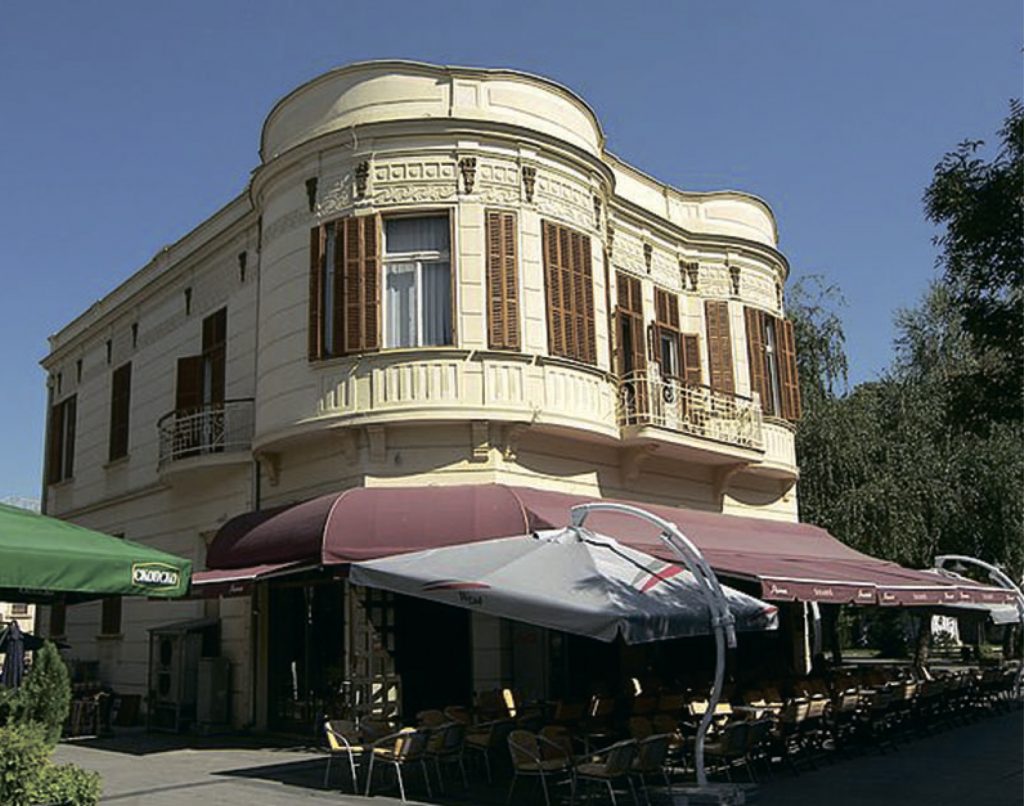 The city has many historical buildings dating from many historical periods. The most notable ones are from the Ottoman age: The Isak Mosque (1508-1509) is the inheritance of the famous kadi Ishak Celebi.  In its spacious yard are several tombs, attractive because of the soft, molded shapes of the sarchophagi.  The Yeni Mosque (1559) is located in the city centre with a square base, topped with a cupola and a 40 m high minaret. Today it hosts permanent and temporary art exhibitions.  The Ajdar-kadi (Turkish judge) Mosque (1562) is one of the most attractive monuments of Islamic architecture in Bitola.

Dating back to the Ottoman period of Bitola’s history is the Old Bazaar which used to have 86 shops selling mostly textiles and 4 large iron gates. The Clock Tower with its rectangular base and 30 m height was first mentioned in written sources in the 16th century but some believe it was built at the same time as St. Dimitrija Church, in 1830. Legend says that the Ottoman authorities collected around 60,000 eggs from nearby villages and mixed them in the mortar to make the walls stronger. 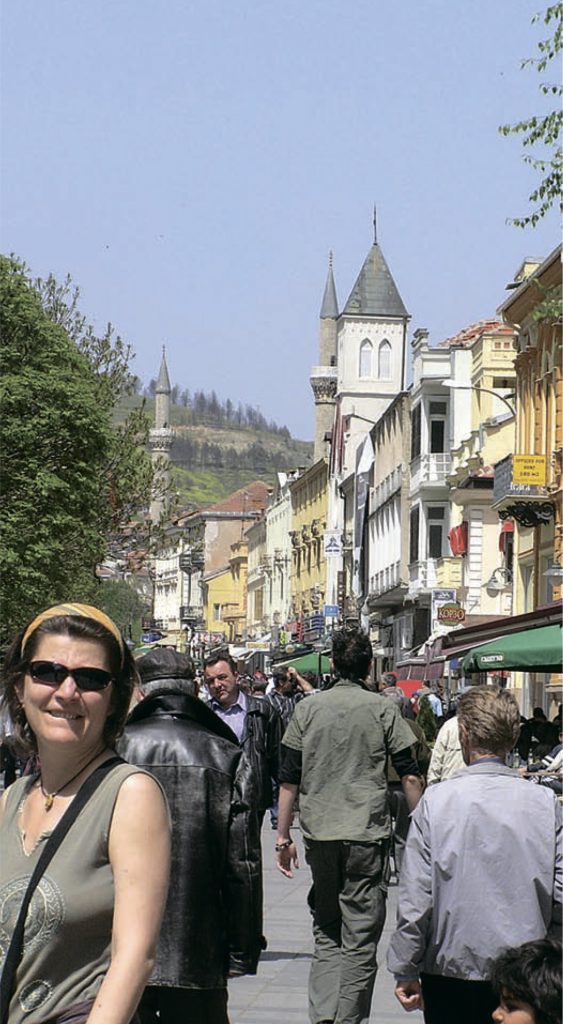 There are number of churches in Bitola, the most significant being that of St. Dimitrija, renowned for being one of the biggest churches in the Balkans. It is plain on the outside, as all churches in the Ottoman Empire had to be, but of rare beauty inside, lavishly decorated with chandeliers, a carved bishop throne and an engraved iconostasis.

Tired enough after this sightseeing tour, everyone deserves a coffee in the pedestrian area ul. Maršal Tito which hosts a number of café bars and restaurants; don’t forget to look up at the 18th-century architecture.  For those who would like to explore more of this region, I’d recommend to visit the Roman site Heraclea, the hidden Vlach villages and the Pelister National Park being the heaven of hiking with its rare glacial lakes. 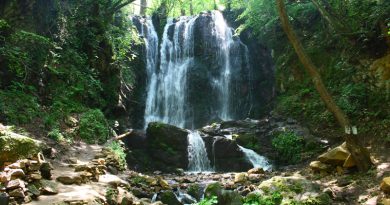 The Village of Raging Waterfalls and Religious Tolerance