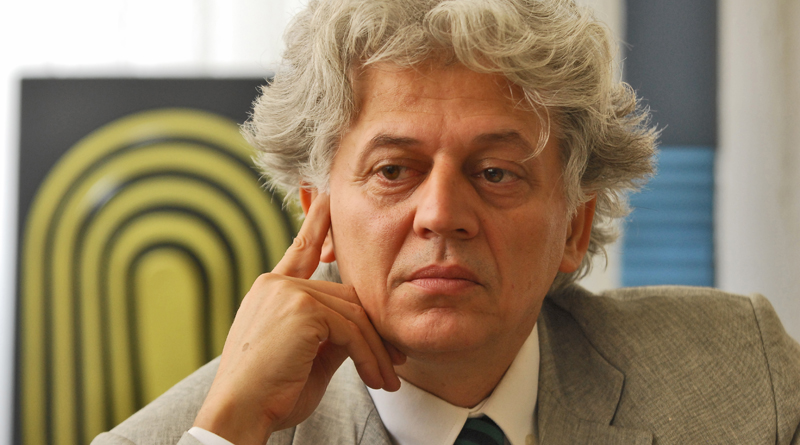 Knowing the Other and the Otherness means knowing ourselves

Interview with Ivan Dzeparovski, writer, poet, essayist, university professor of philosophy and author of the book The Light of the Holy Mountain written in Mount Athos
by Natasha Sardzoska

In your capacity as afull professor of philosophy at theSt. Cyril and Methodius University in Skopje, how would you describe teaching philosophy to youngsters throughout your long experience in academia?

To work with philosophy professionally means to work with the most essential implementation of the seminal significance that the human thought has created in the last three millennia, to reflect and rethink past times and epochs, but it also means to reflect on our proper time. This means also knowing the Other and knowing the Otherness. This is a process which takes place all the time and which never stops. Because by knowing the Other and the Otherness we, in fact, know ourselves better. Teaching others allows me to learn too, and the proximity to young people makes me feel in a way “young” too, even though I would like to think that on a spiritual level  my lectures (as well as my books) are not so “old” for my students. What I think I know, I tell them, and very often it happens that I receive from them stimulation and challenges for this epoch of poverty of any possible kind. The critical spirit based on knowledge is what I respect and what I strive for, not only in philosophy but in general as well.

What does the prestigious prize for poetry Miladinov Brothers in the frame of the Struga Poetry Evenings for your book “The Light of the Holy Mountain” represent to you?

As far as I know, this is the only poetic book in the world which has been totally dedicated to Mount Athos, and to the twenty monasteries that exist there since the Middle Ages. The fact that, according to the opinion of the selection committee for the Brother Miladinov Prize, I managed in my intentions to transform the timelessness of Mont Athos in “beauty illuminated with light” and that this book consequently “represents a date of our contemporary poetry, a book in which the communion of the creative and the intellectual element has been achieved in a lyrical mastership”, makes me very happy, but, at the same time, obliges me to justify, in the times that come, these subtle valuable determinations.

You said you would donate half of the proceedings of the award to the flood­-hit population in the Skopje region and the other half for the reconstruction of the monk’s dormitories at the monastery of St. Jovan Bigorski…

Yes, and I already did it. I took this decision because last summer my native town Skopje faced one natural catastrophe that took several human lives and damaged and demolished many households, which brought me back in the day when I had four years and when I felt the terrible power of destruction of the Skopje floods in 1962. Then, the water overflowed our house in Debar Maalo, at the beginning of Ilinden Boulevard.

Because of my several visits to the Monastery of Bigor, before the conflagration, and because of the knowledge that there, several years back in the frame of the Galichnik literary residence, in that same monastery I have had an occasion to read in front of the monks and the visitors the first written poems of my, at that time unfinished, poetry book, all this has naturally instigated my decision to donate the prize “Brother Miladinov” of one hundred thousand denars, in two equal parts, to the victims of the floods in Skopje and to the Fund for reconstruction of the quarters in the St. John Bigor Monastery.

Your book was written in various occasions during your stay in Mount Athos in Greece. How did this spiritual experience impact your poetic creation? How many monasteries did you visit there?

What has begun as, initially an unplanned wish to feel the life of the biggest monk community in the orthodox world, then, gradually – on the basis of the fiveshort visits to Mont Athos between 2010 and 2015 and my stay in all twenty monasteries – has become a spiritual journey which, I believe, will never end, but also a journey from which all my verses have been created. I have started this journey as a project related to the drafting of the book in the field of aesthetics with the working title “Byzantium and the Sublimity”, which will become a logical continuation of my book “Aesthetic of theSublime” (2008). The book on the aesthetics has not been finished, but on the other hand, my book on my stay in various occasions on Mount Athos, has been transformed in one personal, poetic experience of what I have seen, heard, touched and tasted and which, most probably, cannot be expressed by words. Still, besides the consciousness of the impossibility that one cannot even partially capture the essence of this last “monk state” in the world that exist since the XI century, I have offered my verses that are a product of this journey, hoping that they will at least slightly grasp the goodness, the beauty and the sublimity that eternally govern Mount Athos.

Could we define art and poetry as a substitute of religion – in the sense that it contains the cathartic power of healing the soul?

This is a very hard question. To answer this question one should write an entire essay, and even a book would be a very small space to express the opinion! However, the shortest answer, without going into argumentation, would be: neither art nor poetry are a substitute for religion, neither is religion a substitute of art and poetry.

Besides being a professor and a poet, you are also a translator and a cultural theorist. How would you then “translate” the Balkan heritage in our contemporary Macedonian culture?

Even though sometimes we in the Balkans and also in Macedonia are “lost in translation” in regards to our cultural and historical heritage, we should still not forget that the Balkansis not only a “tinder-box”, but it is also a cradle of the Western European civilization. Macedonian culture is an integral part of this heritage, whereas the cultural layers that we find at almost every step in the territory of the Republic of Macedonia are clear evidence of the past civilizations that existed and that have dwelled in this space. I argue this notion in one theoretical book in the field of cultural studies and philosophy of culture and literature entitled “Culture and literature”, which was published last year, in particular in the manuscript with symbolic the title “Macedonian salad in the Balkan tavern.”

What would be your message to the foreign visitors and professionals coming to Macedonia and, which specific cultural feature or place would you suggest visiting?

Talking about natural beauties, I think Macedonian mountains, rivers and lakes should be visited. I refer mainly to SharPlanina, the national parks Mavrovo and Galichica,however, it is also very nice to walk down the river Radika and CrnDrim and, of course, to visitOhrid and Prespa lake, enjoying the beauties of Ohrid as such. In regards to the cultural and material heritage, one should visit Stobi and Heraclea (from the antiquity period), the Monastery of Bigor, St. Panteleimon in Skopje and various churches in Ohrid (from the Middle ages and Byzantium periods), Mustafa Pasha Mosque in Skopje and the Colorful Mosque in Tetovo (from the Ottoman period), as well as the archeological museums in Skopje and Ohrid, and of course, the Museum of contemporary art in Skopje. Ideally, all these places should not been seen in fast way or in a lonely way with a camera, so that one can show afterwards what one “has seen”, but these moments of sightseeing, listening to voices of these spacesand places along with the experiencing of the tastes and perfumes of Macedonia should be enjoyed with close family members or friends. 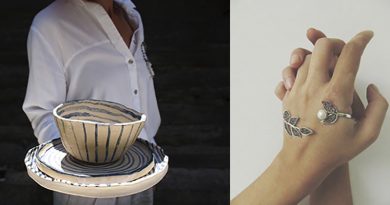 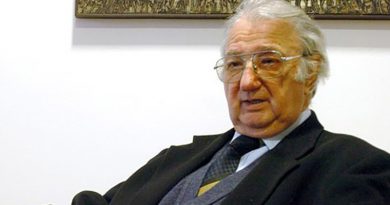