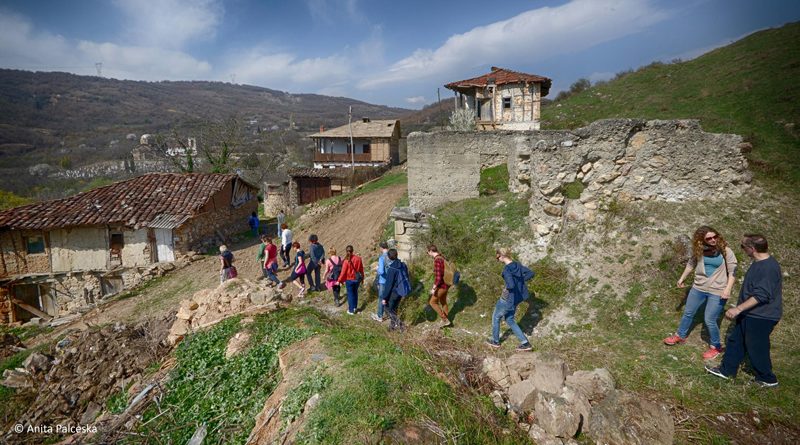 Print
Dobredojde Macedonian Welcome Center opened the spring hiking season on Sunday, March 26, 2017. This first hike was at the mountain Skopska Crna Gora. A group of 23 enthusiastic hikers gathered in front of the Center and organized a carpool to drive to the starting point, the parking lot of the Monastery Saint Nikita. It is an old  monastery built  by the Serbian king Milutin in the 14 century. The route started downhill towards the old section of the  village Gornjani. The population of this village has been decreasing in the last 10 years drastically , so  the hikers  passed  many ruined and abandoned houses. At the end of the village the group passed  the old church of Holly Trinity, but unfortunately it was not open for visitors. 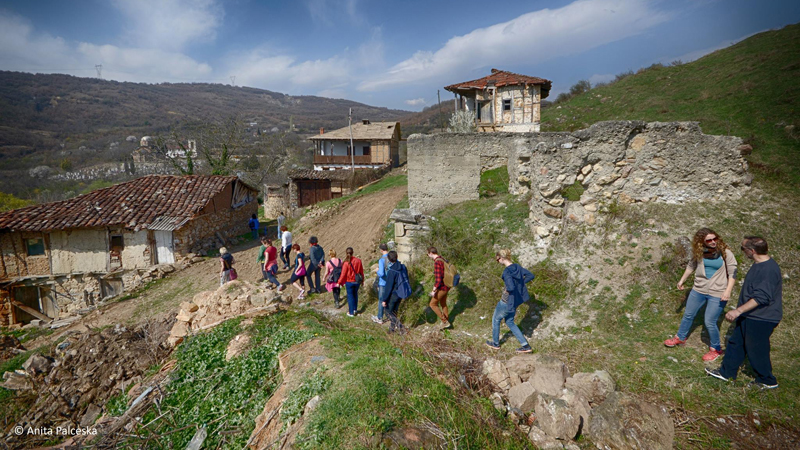 The  next section of the route was the most challenging. The uphill hike was further complicated by the lack of a well marked path so it took considerably longer than expected. Moreover the hikers had to brave some rough terrain to reach the final destination, a gorge in the valley of the mountain. On the way down to the valley, the group encountered many beautiful landscapes. The entire valley was covered with spring flowers and a beautiful spring offered the hikers an opportunity for a short stop and some refreshment. Some hikers also spotted some animals that one does not often encounter in the city such as a turtle that was feasting on the fresh mountain grass. At the end of the hike, the group gathered for a photo before heading to a nearby village for some wine and cheese at the invitation of a resident of the nearby village Cucer Sandevo, Mr.Vladimir Kokarev.
Exhausted but happy, the hikers then headed back to Skopje for much needed rest and recovery. 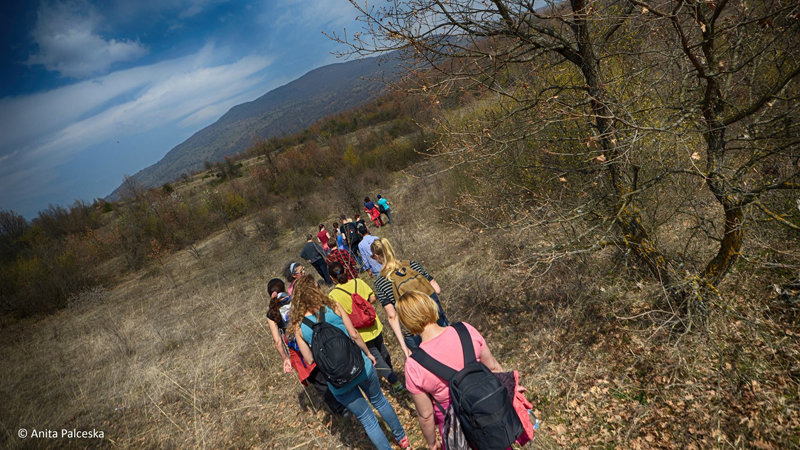 Announcement for the next hike.
The next hike will be organized on April 23,2017. It will be a hike to Saint Nikola Shishevski monastery, situated above River  Treska . The hike would take approximately 1 hour and 15 minutes on a fairly steep path in the Canjon of Matka. If there is sufficient interest, lunch can be organised in one of the local restaurants to follow the hike. 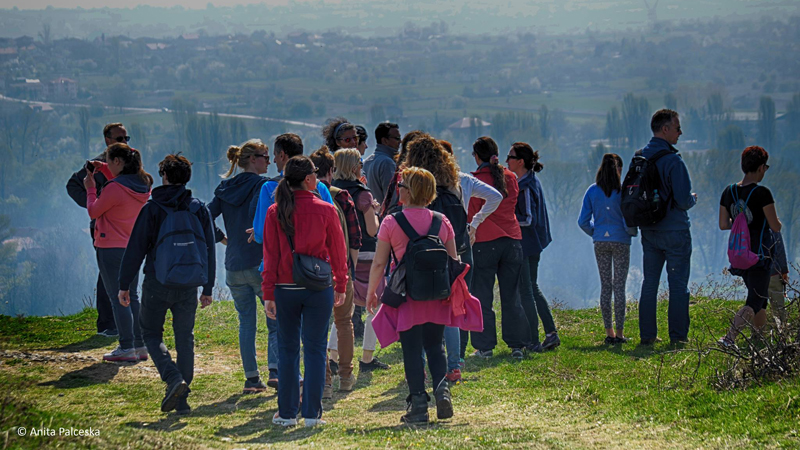 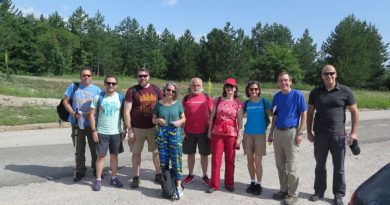 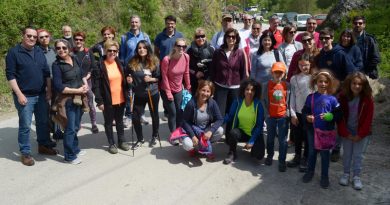