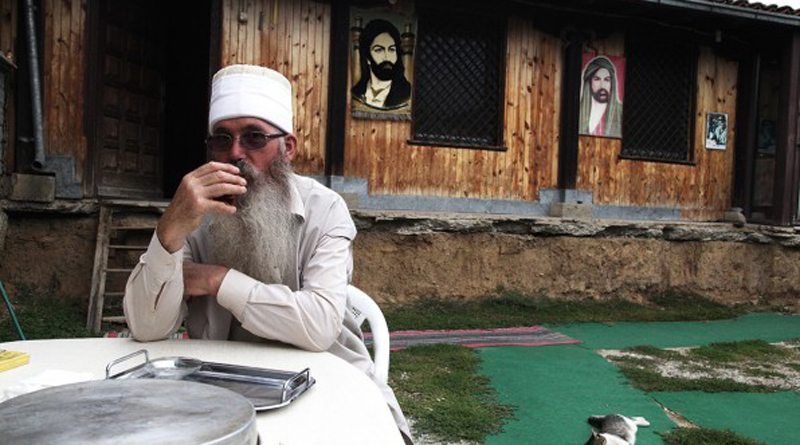 Among the facts rarely known by foreigners is that Macedonia is home to many Muslim monastic orders known as dervish. During the Ottoman times their number was over sixty, but today there are between five and fifteen. As some of them are secret, the total number can only be estimated. But the very secrecy surrounding dervish orders motivates some o f the curious enthusiasts to trail the streets and the suburbs of Skopje and Tetovo in search of dervish communities. Some of their practices are known thanks to academic research, news features, documentaries and fiction. The most spectacular and intriguing customs involve knife or needle piercing of body parts and falling into trance through singing, dancing or reciting. 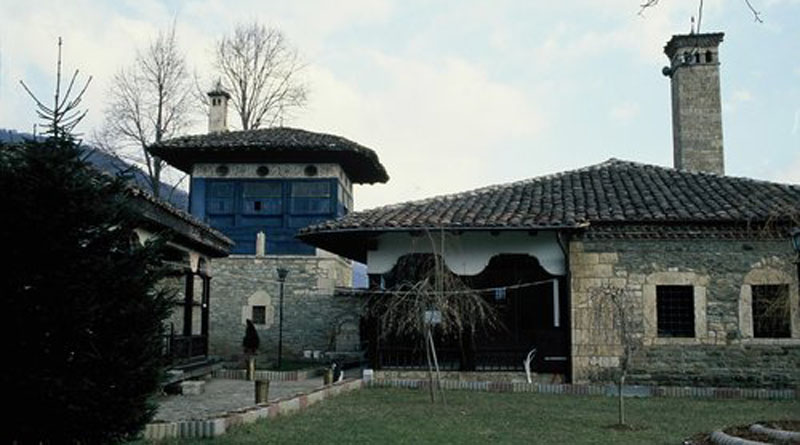 Different orders have fought long battles for recognition by the state. Five of them united in the Dervis Community that finally received an official status in 2000, but the official mainstream Islamic community does not recognizing them. The biggest and the best known dervish order in Macedonia is Bektesi. The famous Arabati Baba Teke in Tetovo, which is an important cultural heritage object, is the home of the Bektesi order of Macedonia, and the seat of a high monastic official – the Baba who is almost daily present in the Teke and ready to welcome, speak to and offer tea to any visitor. He plays an important religious and social role participating in many high profile state events.

The Bektasi Order is a Sufi dervish order (tariqat) named after the 13th century Alevi Wali (saint) Haji Bektash Veli from Khorasan founded by Balim Sultan. The order is mainly found throughout Anatolia and the Balkans, and was particularly strong in Albania, Bulgaria, and Macedonia. A large number of academics consider Bektashism to have fused a number of Shia and Sufi concepts, although the order contains rituals and doctrines that are distinct. Throughout its history Bektasi have always had a wide appeal and influence among both the Ottoman intellectual elite and the peasantry. The mystical practices and rituals of the Bektasi were systematized and structured by Balim Sultan in the 16th century after which many of the order’s distinct practices and beliefs took shape. The Bektasi Order has much in common with other Islamic mystical movements, such as the need for an experienced spiritual guide—called a baba in Bektasi parlance — as well as the doctrine of “the four gates that must be traversed”. They also accept the Saria(religious law), Tariqah (spiritual path), Marifa (true knowledge), and Haqiqah (truth). Bektasifaith has also been described as a syncretism amalgamated with Shiite concepts. Bektasi share practices and ceremonies with other faiths, such as a ritual meal (muhabbet) and annual confession of sins to a baba. Bektasi base their practices and rituals on their non-orthodox mystical interpretation of the Quran and prophetic practice (Sunnah). As they have no specific written doctrine, rules and rituals may differ from one community to another. Bektasism is also an initiatic community, and members must pass various levels or ranks as they progress along the spiritual path to Reality. Following initiation (called nasip) one becomes a mühip. After some time as a mühip, one can take further vows and become a dervish. The next level above dervish is that of baba. The baba (father) is the head of a teke and is qualified to give spiritual guidance. Above the baba is the rank of halife-baba (or dede, grandfather). Traditionally there were twelve of these, the most senior being the dedebaba (great-grandfather). The dedebaba was the highest authority in the Bektasi Order. 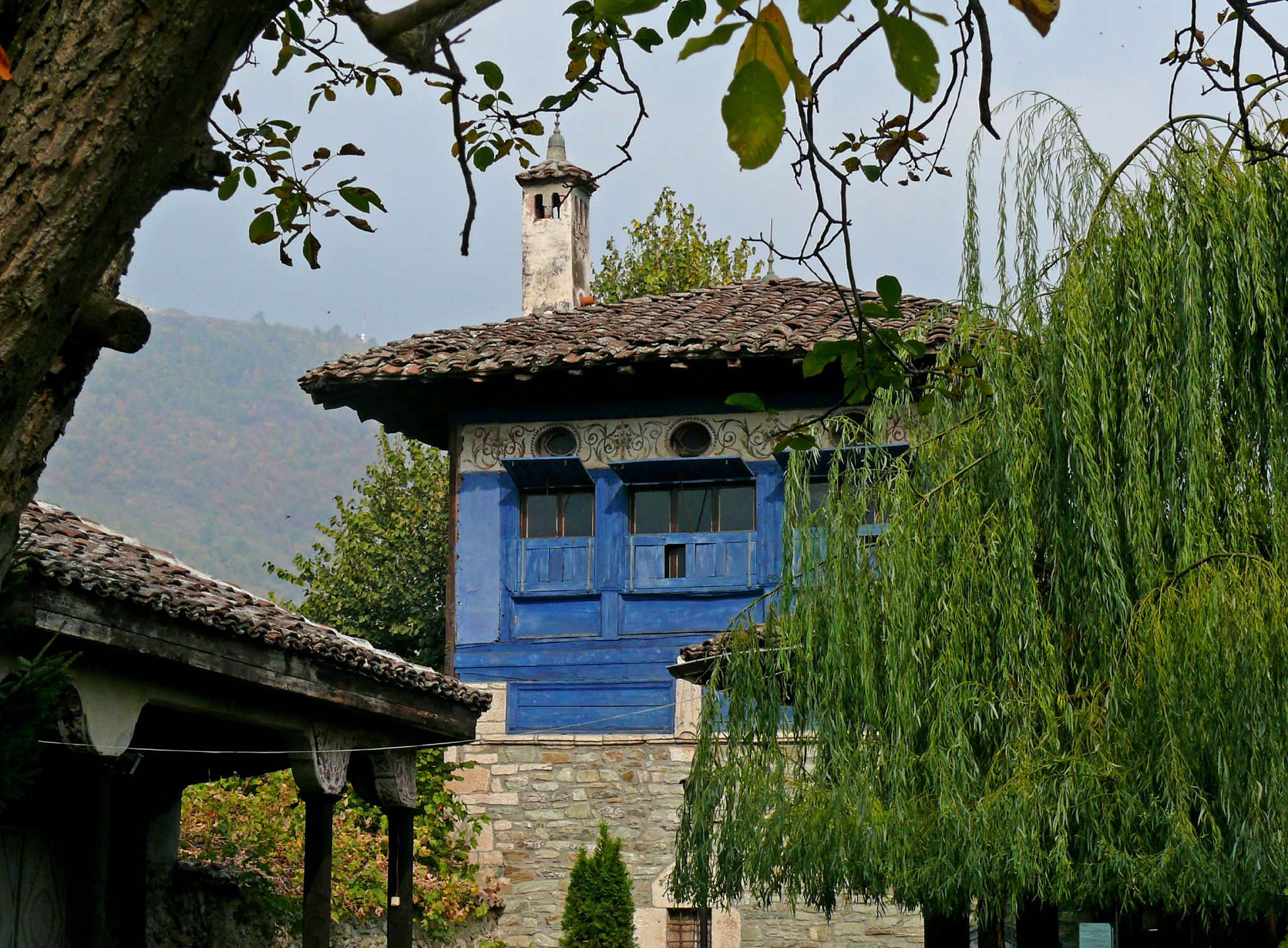 In the Ottoman Empire BektasiOrder had close ties with the Janissary Corps, the elite infantry corps of the Ottoman Army, and therefore also became mainly associated with Anatolian and Balkan Muslims of Christian Orthodox convert origin, mainly Albanians and Macedonians. With the abolition of the Janissaries, the Bektasi order was banned throughout Ottoman Empire by Sultan Mahmud II in 1826. This decision was supported by the Sunni religious elite as well as the leaders of other, more orthodox, Sufi orders. Bektashi tekes were closed and their dervishes were exiled. After the foundation of the republic, Mustafa Kemal Atatürk also banned all Sufi orders and shut down the lodges in 1925. Bektasis slowly regained freedom in recent times but they were also banned in Enver Hodxa’s Albania. In Macedonia they enjoya certain religious freedom, but even here they were not easily recognized by the state. 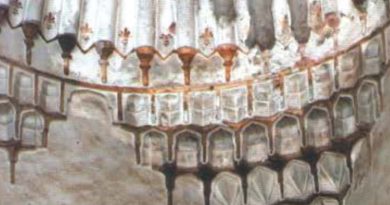 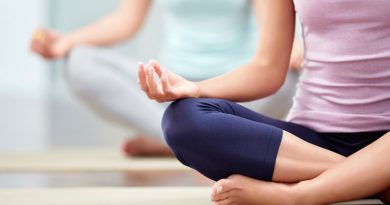 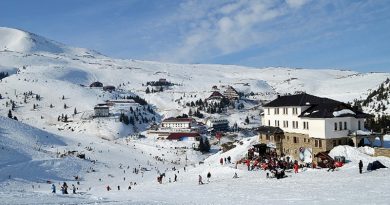